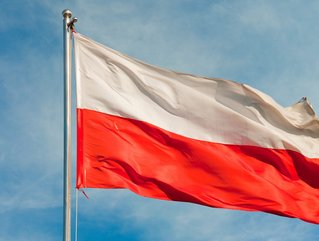 Poland has announced this week that it plans to develop 8GW of offshore wind by 2035, having passed legal targets for its offshore...

Poland has announced this week that it plans to develop 8GW of offshore wind by 2035, having passed legal targets for its offshore development over the next 17 years.

Polish State Secretary for Energy, Grzegorz Tobiszowski, announced the plans and stated the country is set to pass a law to this effect, outlining annual targets from 2019-35.

On Monday, Poland opened up a 1GW onshore wind energy auction which it expects will be over-subscribed.

WindEurope Chief Policy Officer, Pierre Tardieu said this development is a sign that “things are now starting to look up for wind energy in Poland”.

He stated: “Building 1GW of new onshore wind makes perfect economic sense for Poland. It’s cheaper than building new coal or nuclear. And we expect prices to be cheaper than recent auctions in France and Germany. Delivering these projects will create jobs and revenue in communities across the country.

“Poland’s plans for 8GW of offshore wind by 2035 are also very encouraging. The Polish Baltic Sea has enormous wind energy potential and it’s great to see Poland beginning to tap into this and boosting their existing offshore wind supply chain.”

He added: “With its onshore auction and plans for offshore wind, Poland is now sending a powerful signal to other countries in Central and Eastern Europe that being ambitious on wind energy makes economic sense.”