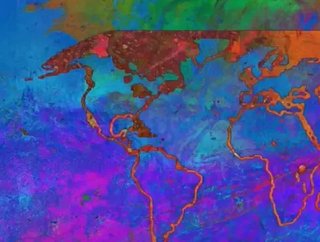 Strong, rapid and sustained reductions in CO2, methane and other greenhouse gas emissions are necessary to reduce global warming, according to the Sixth Assessment Report from the Intergovernmental Panel on Climate Change (IPCC) published today.

Delivering comprehensive research from 234 authors across 65 countries, the IPCC reiterated the importance of immediate actions to reverse climate change, as extreme weather events are increasing in their regularity and intensity. Recent changes are "unprecedented in thousands of years", CO2 concentration is at its highest in two million years and ice sheet loss has increased four-fold in 30 years. Petteri Taalas, Secretary-general of the World Meteorological Organization, said emissions have grown more rapidly than it expected since 1979 and Hoesung Lee, Chairman of Intergovernmental Panel on Climate Change, said it was "indisputable" that humans have been responsible for global warming.

Valerie Masson-Delmotte, Co-Chair Working Group, said there was a narrow window of opportunity to limit warming "in a few decades" but it depends on reducing emissions now, and addressing CO2 levels remains critical if warming is to be limited to 1.5 degrees. "It's really important to take into account these new types of extremes," she said. "The only way to limit global warming is to reach net zero CO2 emissions at the global scale."

The IPCC unveiled an interactive atlas to keep a closer eye on regional developments and climate change projections. Stuart Lemmon, CEO Northern Europe at international climate consultancy and offsetting project developer, EcoAct said what is most striking about the first part of the IPCC’s Sixth Assessment Report is the change in tone.

"The AR6 uses blunt language warning of the dire consequences of climate change. Gone is the cautious language and hesitation around climate models and projections. The message is loud and clear, climate change is happening, and urgent action needs to be taken now in order to minimise its devastating effects," he said.

“It is clear that the time to act is now and I really hope that global governments heed the warnings of the scientists and take the ambitious steps needed to mitigate the worst impacts of climate change. But beyond governments, businesses have a key role to play in climate change. Taking action is no longer optional, businesses need to act urgently or could soon find themselves at risk of non-compliance, losing investment and being left behind in the market."

Harvey Sinclair, CEO of eEnergy Group said more disruptive energy efficiency models are needed in the fight against climate change. "Models that enable people to act now and make a tangible difference. No one action is too small. Businesses and schools can avoid upfront payments and benefit from new equipment that emit less, such as LED lighting. It’s an immediate and practical solution to cut emissions."

Richard Murray, CEO of Orca Computing, said climate change is a global challenge that will shape our lives over the next 10-50 years. "While some of the answers to the climate catastrophe will come through behavioural changes, I’m of the belief that the biggest gains are to be had from technology. Quantum computing offers the chance for numerous breakthroughs that will allow us to continue our day-to-day lives in harmony with the planet and its resources. It creates ideas that can bring about new materials and products, while reducing the exorbitant hidden energy-cost of modern-day high-performance computing."

Michelle You, co-founder and CEO of Supercritical said almost every country signed up to the Paris climate agreement in 2015, committing to keeping the rise in global temperatures below 1.5°C, but to do this, we need to remove at least 8 billion tonnes of carbon dioxide per year by 2050 and so far we’ve only removed a few thousand.

“Traditional carbon offsets are part of the problem since a tonne of carbon offsetted is still a tonne of carbon in the sky," she said. "The only legitimate route to net zero is through carbon removal offsets - such as direct air capture and bio-oil sequestration - which work by actively removing carbon from the atmosphere and storing it permanently. Each and every business has a climate responsibility. And now is the time for business to turn well-meaning commitments into meaningful action to reach net zero."

Molly Scott Cato, former Green MEP and Professor of Economics at the University of Roehampton, calls for the urgent introduction of a global carbon tax and stronger climate leadership from the UK government as we approach the UN Climate Change Conference (COP26).

“The UK has made progress on electricity generation but needs massive new investments in onshore and offshore wind to transition out of gas generation more quickly," she said. "We need a plan for non-fossil heating of homes and commercial buildings combined with a publicly funded home renovation programme. And we need major government investment in a sustainable public transport system that is cheap and accessible to all."