Rotterdam, Amsterdam, Lelystad and Eindhoven airports will all be wind-powered by 2018 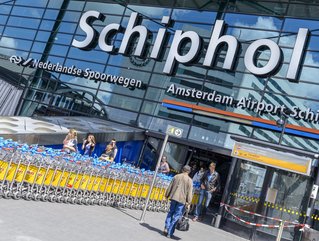 The Royal Schipol Group, a Dutch airport network, has agreed a partnership with energy company Eneco that will see all of its business units fully po...

The Royal Schipol Group, a Dutch airport network, has agreed a partnership with energy company Eneco that will see all of its business units fully powered by wind energy by the beginning of 2018.

The result will see airports in Rotterdam, Amsterdam, Lelystad and Eindhoven all powered by Eneco’s windfarms, amounting to 220GWH of power, the energy equivalent of powering roughly 60,000 households.

“For our new energy contract, we wanted nothing but sustainable power generated in the Netherlands,” said President and CEO of the Schipol Group, Jos Nijhuis.

“Aviation can and must be made more sustainable. We feel that the most important elements of this collaboration with Eneco are that all the Schiphol Group airports are involved and that additional sustainable energy sources will be developed in the Netherlands.

“This will allow our airports to increase their sustainability and offer economic benefits.”

With the partnership agreed for a minimum period of 15 years, Eneco CEO Jeroen de Haas praises the Schipol Group for embracing its transition to clean energy, something he claims must be accepted more readily by the business sector.

“For the energy transition, it is crucial for the business sector – which is by far the largest energy consumer – to embrace sustainability,” he said.

“Pioneers such as Royal Schiphol Group are consciously choosing new, sustainable forms of production and are therefore setting the tone for others.

“As a result, they are also helping Eneco Group to invest in wind farms and other sustainable energy sources.”

The deal provides Eneco with room for expansion, with plans for the entirety of the energy needed to power the Schipol Group’s business network to come from new Eneco wind farms by the beginning of 2020, with some coming from Eneco's existing wind farms until this point.