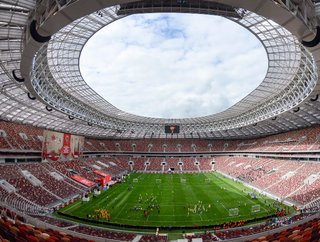 All of the football grounds used by Russia as it hosts the 2018 FIFA World Cup have been built for the event or thoroughly...

All of the football grounds used by Russia as it hosts the 2018 FIFA World Cup have been built for the event or thoroughly modernised in order to incorporate eco-friendly and sustainable features.

According to the FIFA More Sustainable Stadiums report, the stadiums aim to reduce water and energy consumption.

Each of the football stadiums have either met local certification green standards or BREEAM international quality.

“Stadiums are key in our efforts to stage a successful and more sustainable World Cup, which is why FIFA has made green certification mandatory for all arenas used for the event,” stated Fatma Samoura, Secretary General at FIFA.

“We believe that this new standard for sustainable buildings will become a legacy of the 2018 FIFA World Cup.”

The stadium in Russia’s capital city, Moscow, was built in the 1950s and has since been installed with modern and sustainable heating, ventilation and air-conditioning systems.

The stadium’s utilities are controlled on a hub that can monitor energy consumption, and LED lamps have been fixed that will save 70% electricity.

The stadium is also anticipated to save aond 500,000 litres of water during a typical match day due to new technologies.

“The stadiums used for the World Cup in Russia include a host of excellent energy efficient features that will not only save money but have less of an impact on the environment,” said Phil Foster, Managing Director of Love Energy Savings.

“All business like to save money where possible and examples on a large scale such as this are proof of what can be achieved.”

“It would be good to see clubs in this country, both in football and other sports, aiming to match this level of sustainability and green energy commitment.”

“Football, in particular, is constantly in the public eye and the example it sets can inspire younger generations to take on board the lessons of sustainability and act upon them.”