SBTs: how can big data help those committed to change? 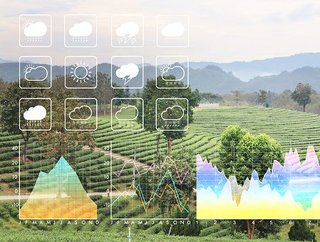 2015 saw 195 governments commit to the Paris Agreement to prevent dangerous climate changes, with targets to limit increased global temperatures to below 2oC by the next century (2100). Today, Science Based Targets (SBT) – a collaborative initiative between CDP, the United Nations Global Compact (UNGC), the World Resources Institute (WRI), the World Wide Fund for Nature (WWF) and one of the We Mean Business Coalition commitments – aim to provide clear and ambitious objectives, approve and assess company targets, promote best practice, showcase companies involved, and offer guidance and resources to those in the initiative and those wanting to join.

To date, 611 companies have committed to SBT’s call to action against climate change. The initiative states that many have “the skills, expertise and ingenuity to make this a reality – but need ambitious emissions reduction targets that ensure the transformational action they take is aligned with current climate science.”

Why set science based targets?

Greenhouse gas (GHG) emissions have continued to increase dramatically since the Industrial Revolution, resulting in the world heading towards a global temperature change of +4-6oC by 2100. To avoid floods, droughts, rising sea levels and extreme weather, the private and public sectors need to work towards reducing their emissions and keep this increase below 2oC.

From a business growth perspective, corporations have the potential to benefit from increased innovation via new technologies and operational practices, increased regulatory clarity to ensure it stays ahead of future policies, and ultimately strengthening their credibility.

Who has committed to the initiative?

Molson Coors has committed to reduce its Scope 1 (direct) and Scope 2 (indirect – purchased energy) GHG emissions by 50%, reduce carbon emissions in relation to packaging by 26% and use 100% recyclable packaging by 2025. The company has also set smaller short-term targets of removing plastic film wraps from multi-packs by March 2020 and plastic rings by March 2021.

In order to achieve this, the company is set to create a new plastic and packaging strategy focusing on lifecycle emissions and circular economy principles as well as collaborating with governments, local authorities and industries to achieve the best results.

“As a global brewer with a strong family heritage, we have always taken seriously our responsibility to brew a more sustainable future,” says Molson Coors’ Chief Executive, Mark Hunter.

By 2030, Cambridge University – the first university to set science based targets – has committed to reduce its Scope 1 and Scope 2 emissions by 75%, and its Scope 2 to net zero emissions by 2048, across the entire operational estate.

To achieve this, it is set to carry out a feasibility study for an on-site solar farm, complete assessments to determine the best ways to reduce the amount of gas used and explore how to provide better data to develop tailored solutions.

In addition, over the next three years the university will aim to develop a Scope 3 (indirect – any factors not included in Scope 2) strategy to reduce business travel, supply chain and student travel emissions.

“As a world-leading university, we need to not only take responsibility for our own carbon emissions, but also to demonstrate to others what is achievable,” says the University of Cambridge’s Director of Information Services, Ian Leslie.

EDP is the largest generator, distributer and supplier of electricity in Portugal, with its subsidiary – EDP Renewables – being one of the largest wind power operators worldwide.

To achieve this, EDP will look to increase its renewable portfolio at a rate of at least 700MW per year until 2020, have 90% of its customers using smart meters by 2030 and invest in innovative technology, specifically for clean energy, smart distribution and energy efficiency.

“The electricity sector is changing rapidly and faces a huge challenge in terms of decarbonisation. We believe that electrification and the acceleration of renewable deployment will play a crucial role in the shift to a low-carbon economy,” says Deputy Director of Climate and Environment from the Corporate Sustainability Office, Sara Goulartt.

NRG Energy is a large American energy company that provides 50,000MW of power generation capacity. Since 2009, the company has been moving away from coal plants and investing in clean energy, such as: wind power, photovoltaic plants, and solar thermal energy, as well as repowering coal plants with lower carbon natural gas.

To do this, the company is looking to harness its wealth of quality data for tailored insights, take advantages of its naturally aging coal plants by transforming them into more sustainable options, and invest in environmental enhancements, repowering, new technology and energy saving tools alongside expanding use of renewables.

“For us setting science-based targets is the right thing to do, but also makes perfect business sense,” says Senior Sustainability Manager, Laurel Peacock.

The company acknowledges its responsibility and opportunity – being a leading energy company in Australia – to deliver climate action. By 2032, it has committed to reduce its Scope 1 and Scope 2 emissions by 50% and its Scope 3 by 25%.

To achieve this, Origin Energy plans to exit coal fired power generation by 2032, take advantage of its naturally aging plants and use sustainable alternatives, significantly grow its renewables and utilise gas as a lower emission alternative in the medium term.

“We firmly believe decarbonising our business is not only the right thing to do by our stakeholders and the planet, it also presents opportunities to create value, and Origin is well positioned on this journey having prepared for a low carbon future for many years,” says Origin Energy CEO, Frank Calabria.

Could Big Data be used to combat climate change?

Utilising the expansive data held by the private and public sectors that identifies the amount of emissions produced, carbon levels in the world, key industry areas and the effect carbon is having on the planet – past and present – could be the answer to better understanding climate change and allowing companies to implement tailored initiatives to achieve science-based targets.

Big Data applications have the capacity to capture, collect and process fast paced and sizeable data. Coupled with predictive analytics, Big Data is vital for generating useful and real-time actionable insights as well as predicting any potential risks in the future.

2019 has seen innovative developments to combat climate change, such as California’s plans to launch its own satellite – announced by US Governor, Jerry Brown in September – to monitor, from space, the formation of pollution that causes climate change. The satellite will produce vast amounts of data on the sources of climate pollutants and will be shared publicly via the Environmental Defense Fund (EDF). “This ground breaking initiative will help governments, businesses and landowners pinpoint — and stop — destructive emissions with unprecedented precision, on a scale that’s never been done before,” says Brown.