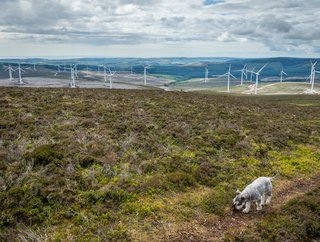 Scotland has revealed its first Energy Strategy, including the target of sourcing at least 50% of its energy from renewable sources by 2030...

Scotland has revealed its first Energy Strategy, including the target of sourcing at least 50% of its energy from renewable sources by 2030.

The nation announces its Energy Strategy on 20 December, which details funding and investment plans in the renewable sector, as well as new wind farms.

In order to achieve its renewable energy goal, Scotland will be investing approximately £80mn (US$106.8).

“This strategy recognises and builds on our achievements to date and on Scotland’s capacity for innovation,” commented Paul Wheelhouse, SNP Energy Minister.

“We want to make sure, within the scope of our devolved powers, good stewardship of Scotland’s energy sector – something we have called the UK government to step up to for years.”

In a bid to increase renewable energy in the country, Scotland plans to add a new wave of bigger wind farms, that consist of taller turbines, to its rural areas.

“We expect onshore wind to play a growing and invaluable role in our transition to a low carbon future,” Mr Wheelhouse added.

“The support and investment frameworks for onshore wind have fundamentally changed, just as the technology is also changing – with moves towards larger, more efficient turbines which have made onshore wind highly cost effective.”