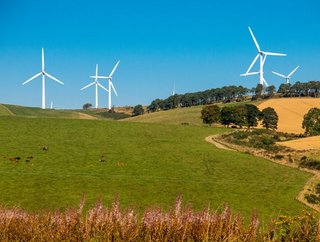 68.1% of Scotland’s electricity needs were met by renewable energy in 2017, a 26% increase from the previous year.

In 2016, the nation met its electricity needs with 54% non-fossil fuelled power, according to the UK government.

The rest of the UK’s renewable figure was 45% points bellow Scotland’s, according to Scottish government officials.

It is expected that the rise in renewable power can be attributed to the rise in onshore wind capacity across the country.

“Scotland's energy strategy recognises and builds on our achievements to date and on our country's capacity for innovation,” remarked Paul Wheelhouse, the Energy Minister of Scotland.

“Renewable energy will play a hugely significant role in powering Scotland's future and through the strategy we want to ensure the correct strategic decisions are taken to support this much valued sector of Scotland's economy as it goes from strength to strength.”

“These figures show Scotland as a renewable energy powerhouse, producing more electricity than ever and transferring much of it to markets in the rest of Great Britain, all the time reducing carbon emissions from our power sector,” noted Claire Mack, the CEO of Scottish Renewables.