Seawind to develop offshore wind farms in the Aegean Sea 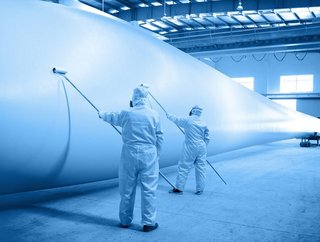 The farms will be used to supply renewable energy to the nearby Greek islands as part of the Clean Energy for EU Islands Programme.

The programme will help more than 2000 people who live on the EU islands to generate their own coast and energy efficient power.

Miguel Arias Cañete, the European Commissioner for Climate Action & Energy launched the agenda in September this year in Crete.

“The development of economic, clean energy sources is of vital importance for many small Greek islands that rely heavily on tourism,” stated Victoria Alexandratou, Managing Director of WRE Hellas.

“Seawind’s technology will enable us to meet this objective at a cost comparable to the wholesale price on the mainland and independent from government subsidies.”

The company develop and assemble their turbines prior to delivering them to their offshore location.

“Seawind’s approach to assemble the entire system onshore and launch at sea by semi-submersible vessels is the key to bringing down the cost of offshore wind and being able to install 1 or 100 turbines in a very economical way,” commented Martin Jakubowski, CEO of Seawind Technology.

“We are delighted to partner with WRE Hellas and together look forward to showcasing how 100% green energy systems will work on Greek islands and other smaller economies.”