'Shockingly' low prices for Massachusetts energy thanks to US offshore wind 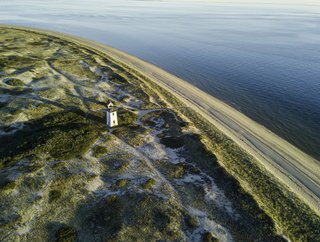 The first ever large offshore wind project in the US has set a record for the lowest energy prices, which will make electricity acr...

The first ever large offshore wind project in the US has set a record for the lowest energy prices, which will make electricity across Massachusetts cheaper than any analyst could have anticipated.

The Vineyard Wind project, which is the first commercial-scale offshore wind farm in America, has a capacity of 800MW and is situated just off the coast of Massachusetts. The wind farm was jointly developed by Avangrid and Copenhagen Infrastructure Partners.

The “shockingly” cheap energy will start from just $74mn per MW hour, with this pricing having been published for the Phase 1 project this week. The figure is to increase by 2.5% per year for the next 20 years, and applies to both energy and renewable energy credits.

Bloomberg states the low prices equate to $1.4bn in savings for Massachusetts electricity users over the next two decades, with the energy coming in at around 18% cheaper than alternative sources.

Tom Harries, a wind analyst at Bloomberg NEF said: “That’s pretty shocking for us. I think the wider industry expected much higher prices. The repercussions of this are it will probably awaken a lot of other coastal states to the value of offshore wind.”