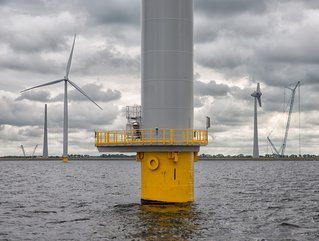 The facility, which is to be located in Hamburg-Altenwerder, has the capacity to store 30MWh of energy, which is said to be enough to cater for 1,500 German households.

Hasan Özdem, head of technology management and projects at Siemens Gamesa, said: “We are proud to be able to offer this important technology as a fully functional solution for out customers after just a few years of development work. A very interesting option of our technology is to convert decommissioned thermal power plants into high-performance storage facilities for renewable energies at low cost.”

The company hopes its new facility will be able to reduce construction and operating costs of larger storage capacities.

ETES will also be connected to an IT platform developed by the municipal energy supplier of Hamburg. The facility will go through extensive testing before it begins to form part of the company’s regular operations.

Elsewhere in a jam-packed week for the energy giant, SGRE announced it will be supplying 233MW of wind turbines to eight wind farms across Spain, through deals made with three energy companies.

A different kind of contract comes in the form of new CFO David Mesonero. The appointment has been in the offing for a year, with many discussions surrounding who was best for the job.

Mesonero is currently managing director of corporate development, strategy and integration, and is said by Reuters to have been a strong advocate of the merger resulting in Seimens Gamesa’s formation back in 2017, having led the merger talks.