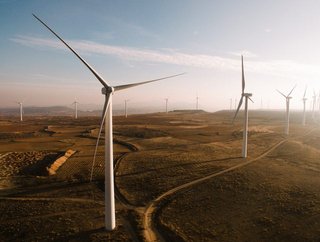 Siemens Gamesa, the Spanish wind turbine manufacturer, will be provided Spain with 92 wind turbines to be installed at 10 f...

Siemens Gamesa, the Spanish wind turbine manufacturer, will be provided Spain with 92 wind turbines to be installed at 10 farms across the country.

The combined capacity of all the turbines reaches 298MW, separated into three different models.

The turbines will be distributed between five different developers, all of which were awarded new capacity in recent auctions.

As part of the renewable energy deal, Siemens Gamesa will be responsible for the operations and maintenance of the new farms.

The firm will begin distributing the turbines in October this year, supplying to Grupo Jorge, Viesgo, the Communidad General de Riegos del Alto Aragó scheme, and two unnamed companies – the firm will operate and maintain the farms for 10 years.

23 of the SG 3.4-132 turbines, making a combined capacity of 82MW, will go to Grup Jorge for the Coscojar II and El Aguila II wind farms in Pedrola and Plasencia de Jalón in the Zaragoza province.

Siemens Gamesa will provide Viesgo with seven of its SG 3.4-132 turbines, creating 24MW, for the El Marquesado project in Puerto Real in the southwest province of Cadiz, with the contract agreeing the company to service the farm for 15 years.

The company will build the 31MW El Balsón wind farm for the Communidad General de Riegos del Alto Aragón scheme. The farm in Gurrea de Gállego in the province of Huesca will feature nine SG 3.4-132 turbines.

28 SG 2.6-114 turbines will be used by an energy company developing three farms, two of which are located in La Coruña in northern Spain.