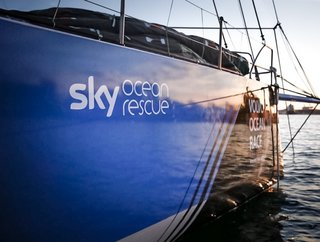 The Sky Bigger Picture report reveals that the broadcasting company has hit its planned sustainability changes for 2020 already.

The Sky Bigger Picture report reveals that the broadcasting company has hit its planned sustainability changes for 2020 already.

The UK-based company has successfully reduced emissions per employee by 30% since a 2008/2009 baseline.

Throughout 2017, Sky has achieved zero-waste-to-landfill as well as managing to recycle all food waste – increasing the overall recycling rate from 5% to 78%.

The company has also reduced its carbo intensity across the UK and Ireland by 47% since 2008, which is only 3% short of the 2020 target. It is exactly halfway to reaching its aim of fleet fuel efficiency.

“All of this is built from our desire to make a difference,” Sky group chief executive Jeremy Darroch said.

“It’s good for our customers, our people, and for our business. That’s why we’re guided by clear values, and a clear point of view, leading to meaningful initiatives that make a positive impact for today and the next generation.”

Sky has also raised over £9mn (US$11.8mn) for rainforest preservation, and has launched its campaign to save oceans from single-use plastics.

However, the company’s energy efficiency dropped by 4% last year. Sky claim this is mainly due to fire caused by a system fault.

The amount of power generated from Sky-owned renewable energy sources has also decreased. Sky aims to supply 20% of its power from renewable sources, but so far is only hitting 6%.