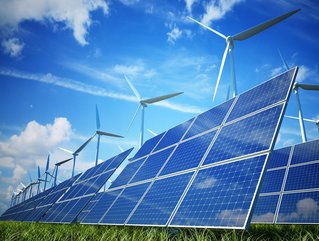 The future’s bright, the future’s solar.  Well, at least it is according to REN21’s latest Renewables Global Status Report wh...

The future’s bright, the future’s solar.  Well, at least it is according to REN21’s latest Renewables Global Status Report which has confirmed that solar energy led the way in terms of renewable technology installed worldwide last year.

The popularity of solar energy, specifically, increased by 75 gigawatts globally, to 303 GW and the report also showed that renewable technology on the whole continues to grow much faster than traditional sources such as oil and coal, receiving double the amount of investment, a trend that has continued since 2012.

Additions in installed renewable power capacity set new records in 2016, with 161 GW installed, increasing total global capacity by almost 9% over 2015, to nearly 2,017 GW. Solar  accounted for around 47% of the capacity added, followed by wind power at 34% and hydropower at 15.5%.

The report seemed to contain mainly good news for the environment, as it also confirmed that CO2 emission levels remained stable for a third consecutive year despite a 3% growth in the global economy and an increased demand for energy.

Arthouros Zervos, Chair of REN21, said: “The world is adding more renewable power capacity each year than it adds in new capacity from all fossil fuels combined. One of the most important findings of this year’s GSR, is that holistic, systemic approaches are key and should become the rule rather than the exception.

"As the share of renewables grows we will need investment in infrastructure as well as a comprehensive set of tools: integrated and interconnected transmission and distribution networks, measures to balance supply and demand, sector coupling - for example the integration of power and transport networks - and deployment of a wide range of enabling technologies.”

Despite the growth of solar energy being considered a good thing on the whole, some experts have pointed out that a lot of energy is required to make solar panels themselves, and in some countries, such as China, fossil fuels are burnt during that process.

The report also warns that progress is not happening quickly enough, to keep pace with the terms of the Paris Agreement on combating climate change.

Investments in new renewable energy installations were down 23% compared to 2015 and among developing and emerging markets renewable energy investment fell 30%, to US$116.6bn, while in developed countries, it fell 14% to US$125bn.

The report states: "Investment continues to be heavily focused on wind and solar PV, however all renewable energy technologies need to be deployed in order to keep global warming well below 2C.

The report confirmed that by the end of 2016 more than 50 countries had committed to phasing out fossil fuel subsidies, and some reforms have occurred, but Christine Lins, Executive Secretary of REN21, says more needs to be done.

She added: “The world is in a race against time. The single most important thing we could do to reduce CO2 emissions quickly and cost-effectively, is phase-out coal and speed up investments in energy efficiency and renewables.

"When China announced in January that it was cancelling more than 100 coal plants currently in development, they set an example for governments everywhere: change happens quickly when governments act – by establishing clear, long-term policy and financial signals and incentives.”