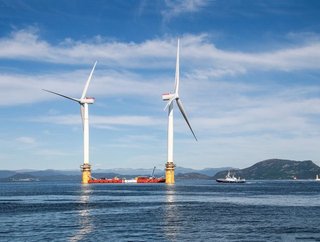 The Hywind wind farm off the coast of Scotland is

The Hywind wind farm off the coast of Scotland is the world’s first floating wind farm, and was officially opened by the First Minister last month.

The German-American technology company, Younicos, have been award a contract by the Norweigian oil and gas company, Statoil, to deliver a battery to the offshore farm.

The dubbed Batwind project with connect a 1MW battery to Hywind Scotland, with the purpose of “teaching” the battery when to store power and when to send it to the grid.

This efficient storage solution technology will then lead to the increasing of the value of power.

Two 10ft modular batter containers will be located at the Hywind onshore substation in Peterhead, north east of the country.

The project is expected to be fully operational in the second quarter of next year.

The Batwind project is a partnership between Norwegian Statoil and the Abu Dhabi Future Energy Company (Masdar), with Statoil’s share at 75% and Masdar’s at 25%.

“As part of Statoil's strategy of gradually supplementing our oil and gas portfolio with profitable renewable energy, getting to understand energy storage is important,” reported Sebastian “Bringsværd, Head of Hywind Development in Statoil.

“With more renewables coming into production it will be crucial to handle storage to ensure predictable energy supply in periods without wind or sun.”

“Batwind has the potential to add value by mitigating periods without wind – and by that making wind a more reliable energy producer year around. This could expand the use and market for wind and renewables in the future.”