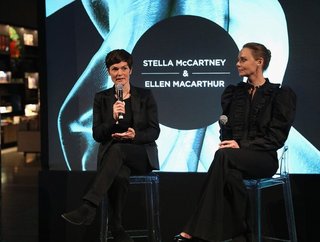 Stella McCartney, the British fashion designer who only uses vegan leather, and Dame Ellen MacArthur have released a report on the fashion in...

Stella McCartney, the British fashion designer who only uses vegan leather, and Dame Ellen MacArthur have released a report on the fashion industry’s lack of sustainability.

According to the report, the equivalent to one garbage truck of textiles is wasted every second.

The report also states that only 1% of clothing is recycled into new pieces of clothing.

By 2050, the fashion industry could contribute to one quarter of the carbon budget is no sustainable changes are made.

However, if the industry conformed to a circular approach, the two say that a new fashion economy could see $500bn being raised for the industry.

“The report presents a roadmap for us to create better businesses and a better environment,” stated Ms McCartney.

McCartney and MacArthur call for the phasing out of polluting microfibres due to the mass of 500,000 ending up in the ocean each year.

Other tactics including retailers and designers promoting short-term leasing, greater recycling, and the more use of renewable fabrics.

Big name companies have backed this report, including H&M, Nike, and the C%A Foundation.

Recently, H&M has donated 15 tonnes of clothing to Sweden to burn for energy instead of harmful, emission-emitting fuels such as coal.