Sustainability in the automotive industry 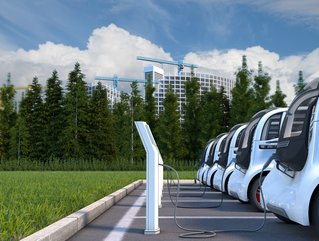 A detailed look at how some of the world’s most recognised auto manufacturers are embracing green technologies and initiatives...

A detailed look at how some of the world’s most recognised auto manufacturers are embracing green technologies and initiatives.

German automaker Audi has came a long way since introducing its first car to the world 110 years ago in 1910. In recent times, Audi has experimented with sustainable modes of transport including the Audi A3 e-tron along with its more recent selection of e-TFSI plug-in hybrid engine range.

Furthermore, Audi is pushing for lower carbon emissions and aims to become carbon neutral by 2050. It states on its website that it’s ‘not afraid to rethink everything that goes into an Audi model and what cars we put on the road”.

South Korea’s Hyundai is well known for offering an extensive range of hybrid vehicles that have quickly become popular among road users across the globe. The automakers BlueDrive initiative equips its vehicles with some of the greenest engines and technology on the market which considerably lowers the co2 output of these vehicles.

The company also has initiatives in place to reduce greenhouse gas emissions right from the factory and is in the process of establishing a GHG inventory for our manufacturing operations in the U.S. In compliance with U.S. Environmental Protection Agency requirements

The Japanese automaker states that environmental sustainability is at the heart of its environmental mission. The company is striving to develop future mobility solutions that work for both people and the planet whilst operating a business that is profitable, sustainable and a great place to work

Toyota has had a massive impact in the sales of clean, hybrid and electric vehicles such as the very popular Prius model, which were introduced all the way back in 1997!

Tesla has remained at the top of the tree in terms of electric vehicle offerings. Whilst they may not be quite so readily available to the general public due to higher prices than some other manufacturers, Tesla has introduced some really cool technology such as next-generation battery technology to encourage motorists to switch to electric vehicles.

Elon Musk’s Tesla has also been responsible for some innovative home energy products such as its Powerwall energy storage system.

Although Porsche is traditionally known for its high-powered, big-engined petrol vehicles, the German automaker has been experimenting with hybrid and electric vehicle technology in recent times with the introduction of its E-Hybrid engines found in some of its Cayenne and Panamera models.

Whilst the German auto-giant may not be the best example of sustainability in the automotive industry thanks to its widespread Diesel emissions scandal back in 2015, it has slowly started regaining public confidence and trust thanks to its fresh, future-focused initiatives to reduce carbon emissions from transportation.

The company has a selection of hybrid vehicles under its belt such as the Golf GTE and the Passat GTE in addition to the e-Golf electric vehicle. Some of its new 2020 range of vehicles are introducing mild hybrid tech to consumers which aims to reduce the co2 emissions of its latest vehicles.

Ford’s blueprint for the road ahead is to keep emissions low for its new vehicles through the latest green technology available for engines whilst also utilising smart and sustainable manufacturing solutions which will intern help the company to reach its goal to reduce its carbon footprint.

Ford’s latest range of vehicles such as the Mustang Mach-E further symbolises the company’s commitment to greener vehicles and operations both now, and well into the future.