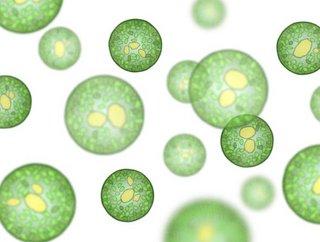 The Swedish Algae Factory are farming a certain time of algae called diatoms which can be used to increase the efficiency of solar panels.

The Swedish Algae Factory are farming a certain time of algae called diatoms which can be used to increase the efficiency of solar panels.

The commercial research lab, located in Gothenburg, Sweden, discovered that the shells that algae make can be applied to panels due to their material and ability to thrive in low light.

Diatoms discovered that if they created shall out of silicon dioxide – a primary ingredient in glass – then they would photosynthesis light more efficiently, even in murky water.

The factory has managed to increase efficiency in solar panels when incorporating these glass-like shell into silicon-based panels by 4%.

However, when using the algae’s shells on dye sensitised solar cells increased efficiency by 60%.

According to the World Wide Fund for Nature, if the technology is used on 30% of the market by 2027 then global greenhouse emissions could fall by and annual amount of 21mn tonnes.

“I had such frustration that there were so many good ideas that really could benefit society that never came out on the market and ended up just being research,” commented Sofie Allert, Co-Founder and CEO of The Swedish Algae Factory.

“So there was a real gap there, and I wanted to be part of that gap."

“What we saw was that there were a lot of amazing applications, but someone needs to scale it up and actually provide this material.”