T-Mobile joins the Climate Group’s RE100 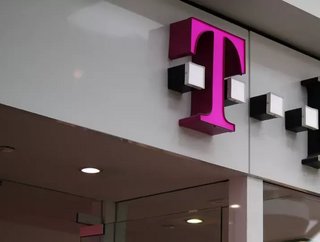 The telecommunication company and subsidiary of Deutsche Telekom, T-Mobile, has announced its joining of the RE100 initiative.

The telecommunication company and subsidiary of Deutsche Telekom, T-Mobile, has announced its joining of the RE100 initiative.

RE100 was launched by the Climate Group to instigate companies to pledge to reduce their carbon footprints and climate damage.

All members of the group have committed to aiming to source 100% of their energy from renewables.

T- Mobile announced their pledge on 29 January, committing to 100% renewable energy by 2021.

The company claims that it will save approximately $1000mn in energy costs if it succeeds in its goal.

“It’s the Un-carrier way to do the right thing by our customers, and moving to renewable energy is just a natural part of that,” commented John Legere, CEO of T-Mobile.

“And it’s not just the right thing to do – it’s smart business!

“We expect to cut T-Mobile’s energy costs by around $100m in the next 15 years thanks to this move. Imagine the awesome things we can do for our customers with that!”

The firm has made a deal with Infinity Renewables to source 160MW of power from its Solomon Forks Wind Project, located in Kansas, from 2019.

The company is also contracted to receive 160MW from the Red Forks Wind Project in Oklahoma, and the two projects combined cover about 60% of T-Mobile’s energy needs.