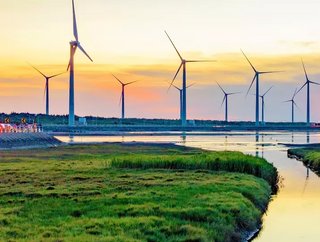 Danish power giant Ørsted, has opened its first Asia Pacific project, Formosa 1, as the country’s government fields plans to add another 10GW in offshore capacity by 2035.

The Formosa 1 project is based 6km off the west coast of Taiwan and holds a power generation capacity of 128MW, capable of powering 128,00 Taiwanese households.

Ørsted is also constructing the 900MW Changhua 1&2a project in the Taiwan strait, with operations due to begin in 2022. The firm will also develop the 920MW Greater Changhua 2b&b project which is expected to go live in 2025 pending investment confirmations.

"Ørsted built the world's first offshore wind farm in Denmark over 28 years ago. Since then, Ørsted has constructed more than 25 offshore wind farms,” said Martin Neubert, CEO of Ørsted Offshore, in the company’s press release.

“We're proud to inaugurate the very first commercial-scale offshore wind farm in Taiwan and the Asia-Pacific region. We're glad that Ørsted can contribute to Taiwan's energy transition, which is also a significant step for Ørsted in realizing our vision to create a world that runs entirely on green energy."

The Taiwanese government, already set to install 5.7GW of offshore wind capacity by 2025, announced at the Formosa 1 inauguration that it will seek to add an additional 1GW in capacity every year between 2026 and 2035, according to offshoreWIND.biz. The country is reportedly planning to scrap nuclear power generation by 2025.