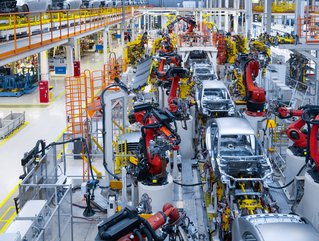 Indian car manufacturer Tata Motors has stated that it wants its Lucknow facility to run on 100% renewable energy by 2030.

Keeping sustainable business practices at the core of its corporate philosophy, the company has implemented an Energy Management System (EMS), which has managed to significantly increase energy efficiency over the last four years.

The optimisation has produced notable results: 250 kWh of energy is now expended per vehicle, as opposed to 406 kWh - a 38% reduction.

Tata’s Lucknow plant will subsequently be proceeding to other forms of energy conservation, such as utilising more energy-efficient technologies during construction and automation, whilst also pursuing renewable energy options for power.

“Our Lucknow plant has always been cognizant of the need for energy conservation and has been steadily making progress towards attaining 100% renewable energy sourcing for all its operations by 2030.

“We have increased the share of renewable energy to over 16% in the last two years by installing 4MWp capacity Roof top Solar power plant in the plant premises,” he explained.

The breadth of Tata’s vision to overhaul every aspect of manufacturing has resulted in a 57% reduction in Lucknow’s non-working day energy consumption (from 33,000 kWh to 14,300 kWh)

Moving forward, Tata is considering increasing its usage of solar power, including solar powered heating, lighting and EV charging. The company is also diversifying its renewable energy interests to bio-gas.

Tata’s latest EV - the Nexon - was recently tested in a ‘grand electric tour’ to give customers and investors an insight into its capabilities.

With what the company calls an “anxiety-free range of 312 km” from a single charge, the car is less efficient than the Tesla Model S (range 630 km), yet it has apparently captured the attention of the Indian car market.

“Ever since its launch the Tata Nexon EV has generated a great amount of interest and excitement, resulting in an encouraging response for bookings across our dealerships,” said Ashesh Dar, Head of Sales and Marketing at Tata.

“One of the first cities to have dedicated policy for electric vehicles, Bangalore sets the perfect platform to kick start our experiential drive tour, enabling our potential customers and enthusiasts to get up, close and personal with the feature loaded Nexon EV.”