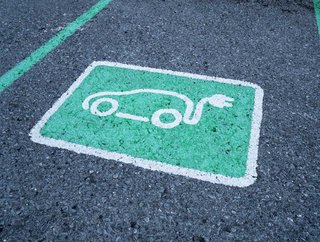 Tesla, the world leader in the manufacture of electric vehicles, announced this week that it has agreed to acquire San Diego-based Maxwell Technologi...

Tesla, the world leader in the manufacture of electric vehicles, announced this week that it has agreed to acquire San Diego-based Maxwell Technologies, inc. The acquisition will see Tesla pay US$4.75 per share for Maxwell, with the deal expected to total $218mn.

"We are very excited with today's announcement that Tesla has agreed to acquire Maxwell. Tesla is a well-respected and world-class innovator that shares a common goal of building a more sustainable future," said Dr. Franz Fink, President and Chief Executive Officer of Maxwell. "We believe this transaction is in the best interests of Maxwell stockholders and offers investors the opportunity to participate in Tesla's mission of accelerating the advent of sustainable transport and energy."

Tesla’s interest in Maxwell Technologies centers on the company’s energy storage technology, in particular its work on using ultracapacitors: batteries that can absorb and discharge energy much faster than those currently on the market. According to a Techcrunch report, ultracapacitor batteries can also “perform at a wide range of temperatures and have high power density and long operational life.” Maxwell’s ultracapacitors are made using dry electrode technology, which the company says can be used to improve the performance and longevity of multiple battery types, as well as drive down costs.

With the global electric vehicle market estimated to reach $567bn by 2025, an increasing number of automakers are making serious entries to the market. The Jaguar I-pace and Volkswagen ID are poised to become competitors to Tesla’s 2016 Model 3.

In an emailed statement to Techcrunch, a Tesla spokesperson said: “We are always looking for potential acquisitions that make sense for the business and support Tesla’s mission to accelerate the world’s transition to sustainable energy.”

The acquisition is expected to be completed in Q2 2019.