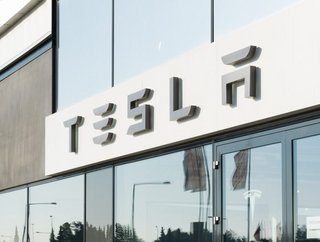 Installation for what could become the world’s largest solar rooftop has begun at Tesla’s Gigafactory 1 in Nevada. The...

Installation for what could become the world’s largest solar rooftop has begun at Tesla’s Gigafactory 1 in Nevada.

The US-based electric vehicle and solar firm announced in January plans to install 70MW of solar panels on to the rooftop of its battery cells, which it develops with Panasonic, and energy storage plant.

If the firm complete their goal, the roof will be the largest solar roof installation in the world.

“GF1 is an all-electric factory with no fossil fuels (natural gas or petroleum) directly consumed. We will be using 100% sustainable energy through a combination of a 70 MW solar rooftop array and solar ground installations,” Tesla commented in January.

Tesla set a target of generating 35GWh of energy in 2018, and increased its workload to meet the goal – the company aims to hire 10,000 employees in the 21.mn square foot building by 2020.

Helix Electric, the American construction and engineering company, were responsible for the electrical installation of Gigafactory 1.

“This is a very unique project and there aren’t many projects of this magnitude being built across the country,” remarked Victor Fuchs, Nevada President of Helix Electric.

“These are big numbers, but we are used to working on million-plus square feet projects.”

Tesla also operates its Gigafactory two – located near Buffalo, New York – which produces solar products and is powered by hydropower.