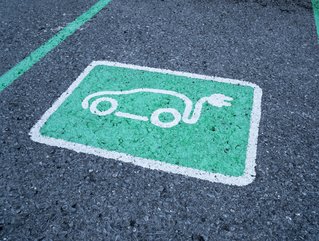 Toyota and Panasonic are establishing a new company (joint venture) related to the production of automotive EV batteries.

Toyota and Panasonic are establishing a new company (joint venture) related to the production of automotive EV batteries.

Toyota and Panasonic will establish a joint venture (pending approval from the competition-law authorities in the countries and regions concerned) by the end of 2020. The scope of the joint venture's business operations will cover research, development, production engineering, manufacturing, procurement, order receipt, and management related to automotive prismatic lithium-ion batteries, solid-state batteries, and next-generation batteries.

The total number of employees from both companies related to operations subject to transfer to the joint venture is 3,500 (as of the end of December 2018).

Products produced by the joint venture will be sold to various automakers through, in principle, Panasonic.

In addition to changes in consumer needs for the automobile, as evidenced by such shifts as those toward connected vehicles, autonomous driving, and car-sharing services, today's automotive world is also being called on by society to help find solutions to such issues as those related to global warming, resources, and energy. As vehicle electrification accelerates toward the solving of such environmental issues, batteries are a most-important element.

According to the official press release “numerous battery-related challenges must be tackled, including not only having advanced technological capabilities to address issues of cost, energy density, charging time, and safety, but also being able to ensure stable supply capacity and having effective recycling structures. The business environment is one in which independent efforts by battery manufacturers or automobile manufacturers are not enough for solving the issues concerned”.

Against the backdrop of such a business environment, Toyota and Panasonic announced on Dec. 13, 2017 an agreement to study the feasibility of a joint automotive prismatic battery business. Since then, the two companies have achieved high-capacity and high-output automotive prismatic batteries that lead the industry in terms of both performance and cost. To contribute to the popularization of Toyota's and other automakers' electrified vehicles, Toyota and Panasonic have also repeatedly held earnest discussions on the concrete details of their collaboration.

Toyota and Panasonic are confident that the contracts concluded today will further strengthen and accelerate their actions toward achieving competitive batteries.

Panasonic Senior Managing Executive Officer Masahisa Shibata said: "Uniting with Toyota's battery and production-engineering technologies provides us an excellent opportunity for being able to evolve our automotive prismatic batteries, which have an established track record of performance and safety, faster than ever. Through the electrification of vehicles, we want to accelerate our contribution to the realization of a society of mobility that is kind to the environment."