UK and China wind power collaboration could result in £220mn 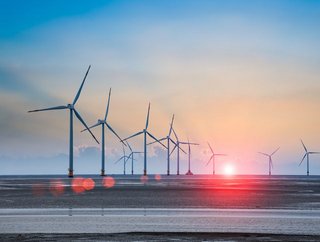 The UK could benefit from as much as £220mn (US$294mn) if it collaborated with China on innovative offshore wind projects.

The UK could benefit from as much as £220mn (US$294mn) if it collaborated with China on innovative offshore wind projects.

The UK’s Offshore Renewable Energy Catapult, China’s Tus-Wind, and TusPark Newcastle have made a deal to collectively work together with the aim of accelerating the UK and China’s technology growth.

The agreement could lead to UK-based businesses and universities having access to the Chinese offshore wind market.

The three companies will be developing the Tus Offshore Wind Science Park, as well as the 500MW demonstrator in the Shandong Province.

“The UK and China have already made great strides in the development of offshore wind technologies,” reported Professor Philip Nelson, Chief Executive at the Engineering and Physical Sciences Research Council.

“This agreement will allow researchers from both countries to further maximise the impact of new approaches that will deliver both an efficient energy source and environmental benefits.”

“The UK is established as a leader in offshore wind which is helping us lead the world in transitioning to a low carbon economy and in meeting our climate commitments while we grow the economy and create jobs,” reported Business and Energy Secretary, Gregg Clark.