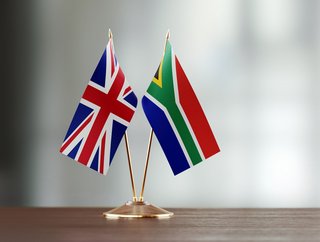 As part of Prime Minister Theresa May’s African visit, the UK has announced it will contribute $73mn (£56mn) to a South African...

As part of Prime Minister Theresa May’s African visit, the UK has announced it will contribute $73mn (£56mn) to a South African energy storage fund.

The fund, which is to be worth $500mn as a whole, will help secure renewable power in South Africa by developing battery technology to store energy.

The money has been offered through the Clean Technology Fund, which provide funding for clean technology projects in developing countries with a focus on developing low-carbon solutions and eliminating greenhouse gas emissions. The UK is the top contributor to the global fund, followed by the US and Japan.

The storage project is being developed by the World Bank, the African Development Bank and the South African government.

The UK government said in a statement: “This project, the first of its kind in the region, will use an innovative technology to transform the country’s energy system, supporting South Africa’s long-term commitment to decreasing carbon emissions by developing bold, new renewable technologies.”

May’s three-day visit took place this week in the hope of building relations with countries in Africa prior to the United Kingdom’s exit of the European Union. In addition to South Africa, the Prime Minister also visited Nigeria and Kenya.