The UK energy industry could be saving £4bn a year by sharing data, says Foot Anstey 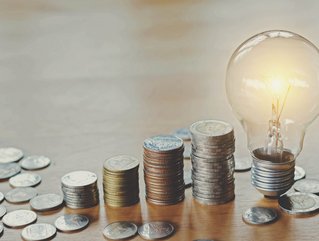 Sharing data with rivals could save the UK’s energy industry £4bn a year, according to energy law experts Foot Anstey.

Sharing data with rivals could save the UK’s energy industry £4bn a year, according to energy law experts Foot Anstey.

Even though more than half of the UK’s energy this summer was supplied by renewable sources, research suggests that £70,000 is being lost with every 1MW produced.

Modelling executed by Foot Anstey, along with partners QBots, an energy systems developer, has indicated that this loss is due to inefficiencies going unchecked because different players – such as energy asset owners, manufacturers, and system operators – have neglected to share information.

This works out at a potential efficiency loss of £4bn across the UK network.

Chris Pritchett, Head of Energy at Foot Anstey, commented: “The problem is often not stockpiling of data, it’s the reverse - people don’t know what a goldmine they’re sitting on.

“No one necessarily has a 'right' to energy data, although some market players are becoming more alive to the potential in owning it.”

Pritchett does not suggest that players start to share all of their information. He advises that partnerships are made, allowing players to disclose information with one another in order to develop localised projects, such as smart cities and microgrids.

Foot Anstey released these findings in its report: Data in Energy Storage: Mine, Mine, Mine.