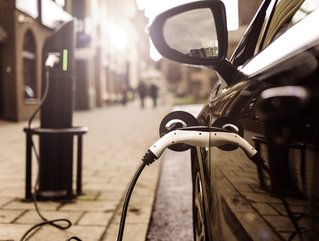 The UK is setting up a fund for electronic vehicle (EV) charging infrastructure which is set to be worth £400mn (US$524mn). The go...

The UK is setting up a fund for electronic vehicle (EV) charging infrastructure which is set to be worth £400mn (US$524mn). The government is currently inviting bids for the management of the Charging Infrastructure Investment Fund. Bidding is now open with a Request for Proposal having been covered.

The fund will support the installation of charging points for EVs as well as software, platforms, grid connections and battery storage solutions. It forms part of a goal announced in the 2017 UK budget, with the government pledging to spend a total of £540mn (US$707mn) for electric vehicles and charging infrastructure.

Half of the investment will come from government, with the remaining £200mn (US$262mn) being matched by the private sector.

Feature: Is hydrogen the new electric?

Energy Live News states that the fund will make it “easier and more viable for the public to switch to cleaner vehicles”.

The news outlet also reports that Robert Jenrick, Exchequer Secretary to the Treasury, stated: “We want the UK to be a world leader when it comes to the number of electric cars on our roads. Uptake is increasing and we want the opportunity to own an electric vehicle to be available to all. But crucial to encouraging the take-up of these cars across the country is increasing people’s access to charging points. We want to scale up at pace and ensure interoperability for ease of use.”

It was also announced earlier this week that Ofgem, the industry regulator for the UK, has put forward a number of proposals to support the UK’s so-called ‘revolution’ in electric vehicles. Petrol and diesel vehicles will be banned in the country by 2040.