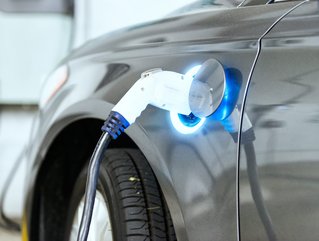 A report from the National Grid suggests that current UK national infrastructure cannot support the charging of electric vehicles, and that t...

A report from the National Grid suggests that current UK national infrastructure cannot support the charging of electric vehicles, and that the current system is about to reach “crunch point”, according to an industry expert.

If the government is to reach its 2050 decarbonisation target it is probable that by that date all cars will have to be electric, but the UK does not have the required infrastructure to support a nation of electric vehicles.

The report says that in a world where almost all cars will be electric 43% of car owners will not have access to off street parking, while too many domestic charging points will likely cause network stress.

One potential solution would be to build a thousands of super-fast charging forecourts of over 3 MW capacity rather than carry out a large scale rebuild of the domestic electricity infrastructure.

It may well be that the charging from home option may not be in the long term interest of the consumers even with smart chargers.

“Despite car manufacturers adopting zero-transmission technology and the government last month announcing plans to ban the sales of new petrol and diesel cars in Britain from 2040, in its current state the infrastructure simply cannot support the high demand for power and Britain faces serious outages if a solution is not implemented quickly.

“In order to optimise UK power grids to ensure they can support the surge in charging capabilities, we need to invest in energy storage technologies that complement battery power, such as ultracapacitor technology, that will allow us to smooth the peak power needs and manage the growing demands on our energy infrastructure.

“A complex process, it requires regulators, industry bodies and businesses to work together to create a foundation that will nurture this technology and support the innovation that can allow Britain to remain competitive.

“The UK is already lagging behind the likes of Norway, Switzerland and France who are starting to set industry benchmarks in this area, so we must act now or risk being left behind."