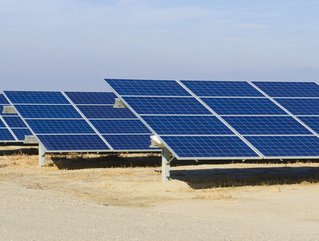 UK-based renewables investor Quercus has agreed a deal with Iran’s Ministry of Energy to build one of the world’s largest solar projects in the c...

UK-based renewables investor Quercus has agreed a deal with Iran’s Ministry of Energy to build one of the world’s largest solar projects in the country.

The deal worth £440mn will see a construction period of three years with plans to have 100MW installations up and running every six months, concluding with the solar farm having a total power supply of 600MW once complete.

“Not only is this positive news for us, but also fantastic news for the UK, representing a major milestone for trade relations with Iran,” said Diego Biasi, Chief Executive of Quercus.

“Iran is seeing unprecedented levels of investments since the lifting of international sanctions, and we are proud to be leading the UK’s push into this market.”

It marks Quercus’ first inroads into Iran, also making it the firms largest deal outside of the UK, despite boasting of 40 renewable energy plants across Europe.

The project is part of Iran’s target of installing five gigawatts of renewable energy capacity by 2020, the equivalent power production to five nuclear reactors, as part of its wider goals of meeting its rising electrical demands whilst also reducing country-wide emissions.

It's also a prime example of renewable energy alternatives becoming increasingly attractive to African and Middle Eastern countries as the price of solar panels and wind turbines continues to fall.