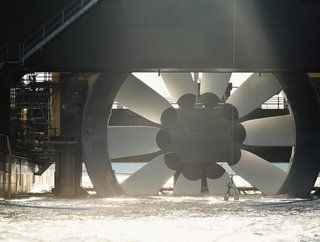 The industry is also anticipated to support approximately 4,000 jobs in the review period.

The report, dubbed “Tidal stream and wave energy cost reduction and industrial benefit”, the wave energy sector will fall behind tidal power by around 10 years.

The report argues that its findings suggests the marine energy industry could pass the UK government’s “Triple Test” that allocates support for green projects.

The three aspects of the “Triple Test” are achieving maximum carbon reduction, demonstrating a pathway for cost reduction, and have the ability to show the UK as a global market leader.

“We will now continue our work with the tidal stream and wave energy industries, as well as relevant government departments, to discuss these findings and establish the best way forward for future support that will enable the UK to capture such advantage, in terms of growing our economy, creating jobs and exporting goods and services all over the world,” stated Dr Stephen Wyatt, Research and Innovation Director at ORE Catapult.