US and Denmark sign deal for offshore wind cooperation 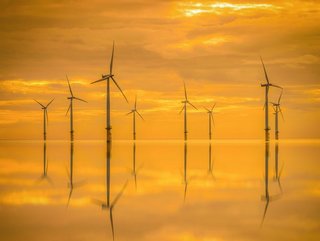 The US has signed a cooperative deal with Denmark regarding the offshore wind farm sector. This is following the Trump Adm...

The US has signed a cooperative deal with Denmark regarding the offshore wind farm sector.

This is following the Trump Administration’s fairly positive views towards the sector.

The agreement will allow top European wind energy firms, such as DONG Energy and Vestas, to have easier access to project developments and relationships with the US market.

“We see some positive initiatives coming out of the administration in Washington,” reported Thomas Brostroem, the Head of DONG’s US business, to Reuters.

“They’ve been really receptive to talk to European countries and developers to get know-how from the past decades.”

A large offshore wind auction in Massachusetts is approaching, leaving the US industry at a junction.

In order to gain traction, however, the US needs to successfully follow Europe’s dramatic cost cuts.

“Something that is important for the new administration is jobs, jobs, jobs and that is something that will come from the supply chain around the turbines,” Adam Thomsen, Head of U.S. Growth Implementation at MHI Vestas – the joint venture between Vestas and Mitsubishi heavy Industries.

Subsidy costs are at a record low in Europe, subsequently leaving developers to find new revenue streams in the US and China.

“It is a huge scoop that we now get a formal cooperation with the Trump administration on offshore wind,” commented Lars Chr Lilleholt, Danish Climate and Energy Minister.