US Department of Energy invests $30mn in AI 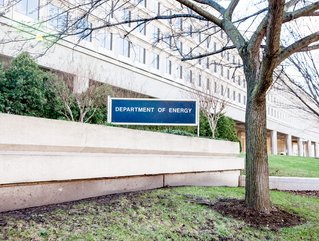 In a press release, the US Department of Energy (DoE) announced that it would be providing $30mn in grants for AI and machine learning (ML) research.

Focusing on the utilisation of these two technologies for both scientific and complex managerial purposes, the DoE’s interest stems from the advanced opportunities presented by both for modelling and simulation.

Additionally, the Department is also interested in the heightened decision-making abilities that AI could grant to vital infrastructural services, such as cybersecurity and power-grid resilience: functions which require real-time reactions and post-incident analysis.

Recognising the future of energy

Although AI and ML are already being used by several industries for automation and analytical purposes, the energy sector arguably has more to gain through careful integration with existing infrastructure: optimised energy, enhanced safety and lower costs.

“Both AI and ML are among the most powerful tools we have today for both advancing scientific knowledge and managing our increasingly complex technological environment,” said Paul Dabbar, Under Secretary for Science.

“This foundational research will help keep the United States in the forefront as applications for ML and AI rapidly expand, and as we utilize this evolving technology to solve the world’s toughest challenges such as COVID-19.”

As such, the DoE is accepting applications from national labs, universities, non-profit organisations and private enterprises currently researching in these fields. The $30mn will be split amongst successful applicants, who will need to present to a panel of peers.

This latest announcement seems to be a continuation of the DoE’s pledge last year to lobby Congress for $3bn to $4bn in funding to accelerate the development of the nation’s supercomputers.

Far from being a trivial or frivolous request, the needed investment is practically essential to ensuring that the department can adequately function; the advancement of technology has meant voluminous quantities of data are gathered every day.

“We generate almost unimaginable amounts of data, petabytes per day,” said Chris Fall, Director of the DoE’s Office of Science. In his opinion, having access to AI-powered analytics would fundamentally alter the way in which the department runs.