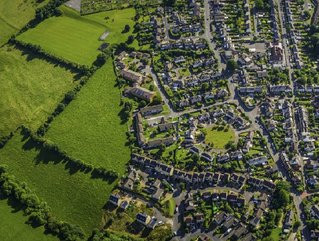 Energy Digital speaks to Giel Mertens, Consultant at Bax & Company, about the firm’s partnership with Enervalis to introduce an energy...

Energy Digital speaks to Giel Mertens, Consultant at Bax & Company, about the firm’s partnership with Enervalis to introduce an energy-trading system in the Netherlands which could slash energy cost as well as waste.

“There are a number of reasons why innovative ideas or project concepts are, in the end, not succeeding or are not considered a success in terms of current volatile markets,” explains Giel Mertens, Consultant at Bax & Company. “One of our core values is to bring these projects alive and bring these projects to market.”

That’s exactly what Spanish consultancy company Bax & Company is doing in the Netherlands. As the government bylaw constrains households from selling surplus energy back to the grid, a small town is introduced to a new way of managing energy.

Eemnes, a small municipality with a strong interest in sustainability and an already high rate of personal-use solar panels, is the first place in Europe to test a peer-to-peer energy trading system. The pilot uses blockchain software as a catalyst, which has been developed by Belgian tech provider Enervalis in partnership with Bax & Company. The latter considers its role as the accumulator and accelerator of innovative projects like this one, supporting clients within science and technology industries by enabling strategies that will bring their ideas to market.

The $1.86mn (€1.5mn) project uses blockchain technology to create a connected understanding of mutual consumption and surplus energy. The system can localise energy usage through a smart grid, enabling local households and businesses to become ‘prosumers’. Also, due to the nature of blockchain software, all data from the municipality is safe and secure.

Due to legislative issues, Enervalis had not yet succeeded in passing the concept stage of its peer-to-peer proposal. Once connected with Bax & Company, however, the Belgian firm liaised with the appropriate housing providers and partners – the municipality of Eemnes, energy cooperation Eemnes Energie, housing provider De Alliantie, and the province of Utrecht – to finally begin the project.

“We enabled a strategy, and once we had tackled the legal issues we got project partners on board and attracted funds,” Mertens explains.

The Netherlands became the prime location for this new and experimental project, as it was one of few places in the world that would legally allow it. As far as Mertens is aware, the only other locations actively practicing this kind of energy trading are Auckland, New Zealand, and New York City, US. One of Enervalis’ greatest challenges was receiving approval from European governments, which Bax & Company was able to obtain within the Dutch legal system. It took two months in total to understand the legal framework in which the system could work and four months to apply for an exemption of the current electricity law, followed by a two-month review period for the government to make its decision of approval. Once the exemption was approved, the project then needed a more specific settlement.

“There were two reasons why we chose Eemnes,” says Mertens. “The first reason was that the housing association we found willing to support this project had dwellings in this particular region. The second reason was that the municipality of Eemnes is really invested in innovation and sustainability, and due to its smaller size, these kinds of innovative projects are able to happen. Finally, the town is also practically located for this project. It’s quite geographically isolated, and dwellings are connected to the same electricity network level which is a requirement for an exemption approval.”

Mertens explains that the main challenge involved with unconventional projects like this one centres on the politics surrounding them. The larger and more urban an environment, the more politics and stages to break through, making it impossible for the operation to be successful in a larger city. Eemnes’ pastoral positioning also creates greater opportunity for internal growth.

“There are two ways for this project to expand. The first option is internal expansion within the project itself, within the municipality of Eemnes. As we started with 100 or 150 participants, within the next 10 years we aim to hit approximately 4,000. In terms of external expansion, we are looking to start a similar project in a city called Amersfoort, but that is still in early stages.”

When Bax & Company applied for the exemption on the Dutch electricity law to work on the Eemnes project, it simultaneously applied and won approval to work in Amersfoort. The firm is now in the stages of building partnerships and attracting funding for its second project, which will be modelled after Eemnes. The first location is acting as a pilot, allowing the company to utilise the information it has acquired in a year’s time – once the results are published – to inform its decision-making in the second Dutch settlement. Bax & Company will track how consumer behaviour and energy bills have changed in Eemnes, and apply its findings to Amersfoort in the first quarter of 2019.

Bax & Company hopes that the installation of its next peer-to-peer project will be more efficient, following the experience acquired by both the company and the Dutch government. The energy trading scheme struggled during its initial phases as governments had never previously dealt with the blockchain technology on such a large scale. The firms also encountered difficulty in engaging with partners and investors due to a lack of understanding about how the technology would practically operate for households. “Establishing and setting up the project was a huge challenge. The whole environment, and the current energy infrastructure, is not designed for this,” Mertens remarks.

How does the blockchain-based project optimise both energy and cost efficiency? “The peer-to-peer energy market uses a piece of software installed into the smart metres of a dwelling or company that will register consumer behaviour and how much energy is being produced by renewable projects, just as a regular smart metre does,” Mertens explains. “However, this one connects with all the smart metres in different dwellings, and the connectivity allows the dwellings to know how much energy each of them are producing. Through this, they can optimise the energy supply and demand.”

This becomes an efficient way for communities to share excess energy for an agreed price, which ultimately aims to further encourage the use of renewables and reduction of waste, as well as providing a solution for those who will suffer from the potential Dutch legislation. The company has also forecasted that the use of blockchain and trading will bring down the prices of energy in Eemnes by between 5% and 10%, due to how efficiently energy is used, highlighting the economic value of such innovation.

“Currently surplus energy is sold back to the energy company for a fair price, as regulated by law. It is likely that the government will enforce policy regulation that will change that rule, which might make it less beneficial to sell back energy. Why would you have solar panels on your roof if you could not sell back surplus energy for a fair price? The peer-to-peer project, then, improves the business case to invest in renewables. In the long run, this endeavour should make the use of renewable energy more effective, and therefore increase its use.”

Whether the motivation to employ an energy trading network is environmental, economic or both, it is clear that companies are keen. According to Mertens, it has been noted that many energy companies and network providers have featured suitable infrastructure in their applications for 2050 that will allow for such peer-to-peer trading to be installed efficiently. With environmental and infrastructural upgrades, the turnaround time for altering how an entire community consumes its energy could significantly drop, leaving less than a year between each project. This is a foreseeable goal for Bax & Company, which believes that this innovation “will be the energy market of the future”.