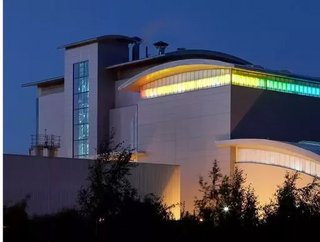 Veolia is set to become the first UK operator of Energy Recovery Facilities and to demonstrate carbon capture technology with Carbon Clean.

The companies have been working in partnership for four years, and the new joint project will highlight how the latest patented technology can work effectively on Energy from Waste (EfW) plants. Teams from the partnership have already started work on the project with the trial estimated to start during Spring 2021.

Veolia currently operates ten plants that take around 2.3 million tonnes of non-recyclable waste and transform this into electricity for over 400,000 homes.

This combined generating capacity of 180MWe takes pressure off the stretched UK electrical grid and effectively avoids using fossil fuels for generation. Some of these facilities also produce heating for communities through district heating networks, by using combined heat and power technology.

As an estimated 20% of the nation’s carbon emissions are generated by domestic heating, due to a low standard of energy efficiency, using this type of non - fossil fuel heating lowers carbon emissions and can help reduce cost, and fuel poverty, in vulnerable groups.

This latest Carbon Clean technology is significantly smaller than other technologies, making it suited to retrofit applications, such as EfW, and will extract and purify CO2 from combustion flue gas emissions into a valuable commodity that can form part of a new carbon circular economy.

A specific solvent has been developed to extract carbon dioxide from industrial gases with low energy input, and the CO2 is then compressed and/or liquified to be used in an industrial application or for permanent storage.

Potential applications for the captured carbon include:

Gavin Graveson, Executive Vice President of UK and Ireland said this project marks another significant step forward for the industry by making it possible for Energy Recovery Facilities to contribute to the environment through lowering carbon and delivering landfill diversion, grid resilience, district heating and carbon capture.

"By using the potential of non recyclable waste to generate energy and support communities, we can power the low carbon cities of the future," he said.

CEO of Carbon Clean, Aniruddha Sharma added: "This partnership, with the operating experience of Veolia, will help us bring the cost of carbon capture to $30 per tonne, which will accelerate the take-up of the next generation modularised technology across the sector and beyond.”