Vestas secures wind projects in the UK and China 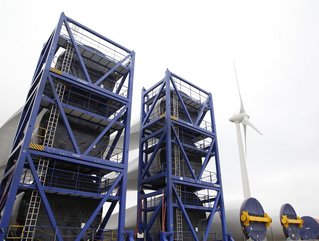 The first, located in Northern Ireland, is a 47MW development initiated by ERG. Consisting of 13 V112-3.45 MW turbines, Vestas intimated that its increase of onshore wind projects was directly linked to the UK Government’s decision to scrap the ban on market subsidies.

In 2019, the company received orders of 200MW from the UK. Taking this as proof that onshore wind is gaining popularity, Vestas is keen to capitalise.

“The Evishagaran wind project enables a highly competitive business case for our valued long-term business partner ERG and offers the lowest cost of energy to the energy consumer.

“Demonstrating our strong experience and track record in a merchant environment, this project marks another step forward for renewable energy in the UK.”

Turbines are expected to be delivered in Q2 of 2021. Included with the equipment will be the VestasOnline Business SCADA solution, which optimises the turbines’ power output by reducing the amount of downtime required.

Vestas’ second project is in the Shandong province of China. Working with electrical equipment manufacturing company TBEA on its 50MW Wanghaotun development, the company will be supplying 23 V120-2.2 MW turbines.

Delivery of the units is scheduled to start in Q2 of 2020, with a 5-year Active Output Management 4000 (AOM 4000) service agreement also factored into the deal.

Vestas’ order book appears to be filling up quickly: the company has also managed to secure a total of 135MW in projects throughout Denmark.

The country has developed a reputation for embracing renewable energy - particularly wind power - wholeheartedly; it accounts for the majority (40%) of Denmark’s energy consumption.

Not lacking ambition or scope of vision, the country currently has a project planned on the island of Møn which is expected to generate enough energy to power 600,000 homes upon its completion.