Will renewables deliver better value for money than Hinkley Point? 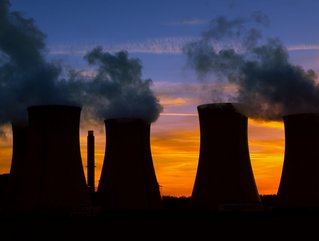 The recent announcement that two offshore wind farms have won contracts from the UK government to supply electricity at £57.50 per MWh is good news...

The recent announcement that two offshore wind farms have won contracts from the UK government to supply electricity at £57.50 per MWh is good news – a dramatic reduction from the prices seen in the previous auction (£114/MWh) – and even further below the administered price that the government itself believed appropriate just a few years ago (£140/MWh).

Few commentators have resisted a comparison with the £92.50 per MWh promised to the nuclear station at Hinkley Point. It is conceivable that the final price for Hinkley could be lower than this – there’s a reduction if a second station is built, and the European Commission imposed a deal where any cost savings would be shared with consumers (stronger than the best terms the UK had been able to negotiate) – but this would do little to close the gap.

A more interesting comparison is with the “medium term … target” of £60 per MWh proposed for a Small Modular Reactor by Rolls Royce. Once numbers get this close, we need to be careful about the details. In particular, both the Rolls-Royce estimate (and I am well aware of the sorry history of nuclear cost estimates) and the winning wind power bids (which I hope are not examples of the over-optimistic winner’s curse) are effectively numbers for the Levelised Cost of Energy (LCOE). This divides the total cost of a project by the total output it is expected to produce. Both numbers are discounted to reduce the impact of payments, and output, that are further into the future. If a generator receives the LCOE for every MWh it sells, it should end up breaking even.

Commentators and politicians are fond of comparing the LCOE of different technologies – I was asked for a comparison when giving evidence to a House of Lords committee a couple of years ago. I should have had the courage to ask my questioner if those were the numbers he really needed, because the value of electricity is just as important as its cost.

While electricity consumers mostly pay a flat rate for power, the price in the wholesale markets goes up and down, depending on how many stations are needed for generation, and how expensive they are to operate – not how expensive they are to build.  When demand is high and renewable output is low, we need to run the most expensive stations, and wholesale prices are high. Times with low demand and high renewable output need few fossil-fuelled stations, and as only the cheaper ones are running, wholesale prices are low. We normally quote the average price over the year as “the” wholesale price of electricity, but each station will have its own average revenue, depending on when it runs.

A nuclear station aims to run flat out throughout the year, and gets revenues per MWh sold roughly equal to the time-weighted average. Peaking stations that only run at the times of highest demand receive a very high price per MWh sold – but they need to do so if they are to cover their costs in just a few hours of operation. When we just have a few solar panels, and since their output comes in the middle of the day when prices tend to be high, its value may be greater than the time-weighted price. This is particularly true in countries where electricity demands and prices are higher in summer (when panels generate the most) than in winter, unlike Great Britain, with our winter peaks.

The problem for solar power is that once we have a lot of capacity generating at the same time, it depresses wholesale prices as fewer other stations are needed at that time. The panel owners receive a guaranteed price (or just avoid buying power from the grid) and don’t mind this. But the value of the electricity produced will fall below the average price in the market. The same thing happens for wind power, as stations – even scattered around the UK and its surrounding seas – still tend to generate at the same time, and not necessarily when the demand for their power is highest.

Colleagues and I did the calculations in a recent issue of Electric Insights Quarterly, which we produce (independently) for Drax Power. Looking at prices in the year to 31 March 2017, the value of the electricity from renewable power – whether wind or solar PV - was only 91% of the average price. The trend is downwards – two years earlier, solar PV output would have been worth the average price, and wind 94% of it. This means that while we should indeed celebrate the dramatic reductions in the cost of renewable electricity, and if we want to have it, we need to pay that cost, we should also remember that its value is gradually falling. Counter-intuitively, paying £60/MWh for something worth the market price of electricity (whatever that turns out to be) may be better value than paying £57.50/MWh for something worth only nine-tenths of it.