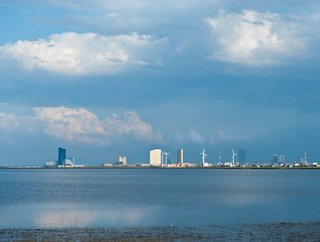 As Chris Christie’s – Governor of New Jersey – term ends in January 2018, the state may finally have the opportunity to build a wind fa...

As Chris Christie’s – Governor of New Jersey – term ends in January 2018, the state may finally have the opportunity to build a wind farm.

The Republican, who has been the 55th Governor since 2010, managed to block windfarms through never implementing a program to subsidize the development.

With both the leading candidates for Christie position pledging to support the industry, developers are planning for a farm that could potentially generate more power than a nuclear reactor.

New Jersey could highly benefit from wind power with it being the most densely populated state and having one of the highest power prices.

It is also located between New England and South East wind developments sites, creating the potential for the state to become a ferrying hub.

“New Jersey has all the classic elements for offshore wind to work… The time is right, and the market is ripe,” said Paul Rich, Director of Project Development for US Wind Inc.

During the American Wind Energy Association Offshore Windpower conference companies such as US Wind, Siemens Gamesa Renewable Energy SA, Statoil ASA, and Dong Energy AS will gather to discuss the US’s potential for wind power.

The Democratic candidate for Governor, Phil Murphy, who is leading 15 points in polls, is appealing for 3.5GW of wind generation by 2030, enough energy to power 1.5mn homes.

“Offshore wind is going to fare very well in the next administration almost regardless of which candidate gets elected,” said former New Jersey governor James Florio, a Democrat who has long championed clean energy.

Both Dong Energy and US Wind have federal leases to develop 344,000-acres off the coast of Atlantic City, allowing room for 3.4GW of turbines.