Wind to soar past solar in the US following tariff 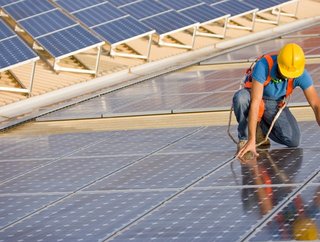 Following the tariff that the Trump administration placed on the imports of foreign-manufactured solar panels, it appears that the nation’s...

Following the tariff that the Trump administration placed on the imports of foreign-manufactured solar panels, it appears that the nation’s wind industry is taking off.

The presidency launched a tariff through a Section 201 safeguard clause, claiming that imported goods are “a substantial cause of serious injury to domestic manufacturers”.

With the implementation of the tariff, solar panels are to be taxed a tariff of 30% during the first year, followed by a decline to a 15% fee after four years.

According to analysts, in order to replace the whole in the solar sector, wind power will be used even more.

The renewable power generation was already set to have a successful year, which is now likely to be catalysed by the tariff.

The American Council on Renewable Energy has predicted that the introduction of the tariff could lead to a loss of 5GW of solar installation in 2018.

“What’s going to take its place? There are states where you have renewable energy requirements, and some of that will be taken up by wind,” commented Todd Foley, Senior Vice President of Policy and Government Affairs at the American Council on Renewable Energy.

The US may be seeing states such as California, which are required to meet a renewable energy demand, opting for cheaper alternatives to solar – wind.

“While tariffs in this case will not create adequate cell or module manufacturing to meet U.S. demand … they will create a crisis in a part of our economy that has been thriving, which will ultimately cost tens of thousands of hardworking, blue-collar Americans their jobs,” stated Abigail Ross Hopper, President of the Solar Energy Industries Association.