The World Energy Outlook 2017 has been released 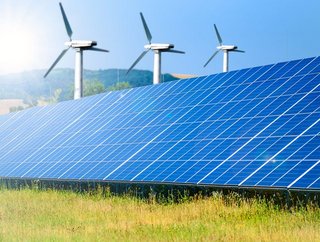 A book entitled The World Energy Outlook 2017 (WEO-17) has been released, published by the International Energy Agency, revealing a forecast...

A book entitled The World Energy Outlook 2017 (WEO-17) has been released, published by the International Energy Agency, revealing a forecast for the coming years.

According to WEO-17, within the next 25 years solar power will become the cheaper source of electricity, further enabling the success of renewables and natural gas.

By 2040, the global demand for energy will increase by 30%, but this is half of what it could have been without the new drive for efficiency.

In the absence of carbon capture, utilisation, and storage the demand for oil and coal will fall, and there will be a rise in electric cars.

The global energy system will be separated into four major distinctions over the next two decades: the US will become the leader of oil and gas; renewables will rise with the costs dropping; the share of electricity within the energy mix will increase; and China will use more clean energy following a new economic strategy.

Solar PV will be heavily deployed by China and India, whilst Europe focuses on wind after 2030.

“Solar is forging ahead in global power markets as it becomes the cheapest source of electricity generation in many places, including China and India,” said Dr Fatih Birol, the IEA’s executive director.

“Electric vehicles (EVs) are in the fast lane as a result of government support and declining battery costs but it is far too early to write the obituary of oil, as growth for trucks, petrochemicals, shipping and aviation keep pushing demand higher. The US becomes the undisputed leader for oil and gas production for decades, which represents a major upheaval for international market dynamics.”