The world’s most powerful 8.8MW turbine has been installed in Aberdeen Bay 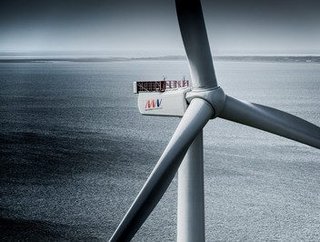 Vattenfall has deployed the world’s most powerful wind turbine at the European Offshore Wind Deployment Centre (EOWDC) – the biggest offs...

MHI Vestas, the turbine manufacturer, has enhanced two of it’s 8.4MW models with internal power modes, driving their capacity to 8.8MW – the largest offshore turbine to be commercially deployed.

“The EOWDC, through its innovative approach to cost reduction and pioneering technologies, leads the industry drive towards generating clean and competitive wind energy power - one that will reinforce Scotland's global energy status.”

With the turbine upgrades and plans to install a fleet of nine 8.4MW turbines, the EOWDC will reach a total capacity of 93.2MW.

This is enough to meet over 70% of Aberdeen’s domestic electricity demand, as well as save 134,128 tonnes of CO2.

“The installation of the first of these powerful turbines at Aberdeen Bay is another milestone in Scotland's renewables story,” said Gina Hanrahan, acting head of policy at WWF Scotland.

“Offshore wind, which has halved in cost in recent years, is critical in the fight against climate change, helping to reduce emissions, keep the lights on and create thousands of jobs across the Scotland and the UK.”

“Developments like this have an important role to play in securing the Scottish Government's target to meet half of all Scotland's energy demand from renewables by 2030.”