5 Mins With... Jo-Jo Hubbard, CEO and Co-founder of Electron 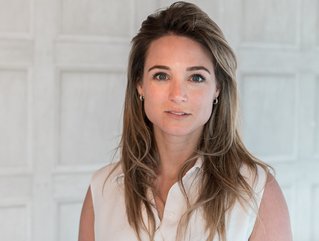 Jo-Jo Hubbard is motivated by the potential of a renewable-dominated energy system and prospect of clean, abundant power

Jo-Jo Hubbard is Co-founder and CEO of Electron, which creates trading software to accelerate the transition to zero carbon energy. Its energy marketplaces incentivise flexibility, be it storage and aggregated electric vehicles or heating and cooling systems, to optimise their combined use of renewables and network capacity. Using energy at the right time and right place will underpin a cleaner, lower cost, more resilient energy system for everyone.

Tell us a bit about yourself and Electron, when and why it was launched?

It was almost six years ago now. The renewable transition was completely transforming how, where and when energy was produced, and yet the way that it was traded and consumed was not moving to mirror this. My co-founder, Paul, and I knew that this had to change to get to 40% wind and solar- let alone 80%+. So that was our mission.

My background was in financing renewables – I knew all too well the friction that curtailment and lengthening connection queues were causing. Paul’s background was in delivering global electronic trading platforms – he saw where the energy system could get to. We set out to deliver more granular, inclusive energy marketplaces that would incentivise owners of small clean energy assets, including electric vehicles or home batteries, to help balance electricity supply and demand in their local area. We grew from there.

What excites you most about net zero?

As a phrase, ‘net zero’ doesn’t excite me at all: It’s a negative framing of what should be a really positive set of new opportunities. It leads to conversations about what you can’t do anymore and fails to encapsulate any of the new things that you can do with zero carbon, zero marginal cost power.

For example, we could be paid to use excess renewables to charge our cars or heat our houses – if we consume at the right place and the right time. We could transform the unit economics of new industries, like vertical farming or hydrogen. That’s what excites me about transitioning to a renewable-dominated energy system: the prospect of clean, abundant power.

What role does Electron play in a net zero world?

Which means, in windy regions, local consumers could be paid to use more power overnight and absorb electricity directly from a neighbouring wind farm that would otherwise have been shut down due to the local network being “full”.

In sunny regions, businesses might be incentivised to invest in storage or flexible technologies to absorb power while it is sunny and sell some of that power back to their community during the evening peak.

In rapidly decarbonising cities, local authorities will be able to connect electric chargers and bus fleets and heat systems faster, as long as they introduce localised markets to smooth peaks in local demand.

Our software enables the creation of multiple, dynamic marketplaces that can be coordinated and even stacked. This means a faster, more cost-efficient transition with resilient networks and incentives for consumers to do their part.

What change would you make tomorrow, to make net zero one step closer?

We are ready to switch on local energy markets up and down the country so that we could squeeze maximum value from every single kWh of clean energy we produce today and, in doing so, free up network capacity in sunny and windy areas for developers to build even more clean energy assets.

To get there even faster, we need to rectify a missing set of incentives for distribution network operators to optimise the utilisation of their networks on a dynamic basis. This could be done in the upcoming round of network price controls and be brought in quickly.

The value this could unlock could be measured against a counterfactual of no network access at that time and no ability to export generation or sell power at a charging station. It would be transformative for networks, business models and consumers alike.