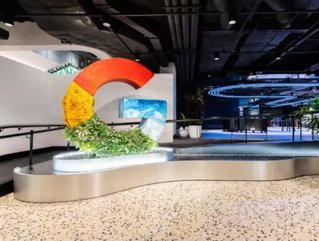 Australia recently made the tech headlines with the announcement of Google’s Digital Future Initiative - a $1 billion investment in Australian infrastructure, research and partnerships over the next five years.

Prime Minister Scott Morrision, Google CEO Sundar Pichai, Chargé d’Affaires Mike Goldman from the US Embassy, and CSIRO CEO Larry Marshall launched the initiative which aims to support new jobs, drive innovation and give Australians the tools to plan for its digital future.

Google said it is a future "where every Australian has access to technology and the skills to use it, vital services are widely available online, and Australian businesses and entrepreneurs grow the economy".

The Digital Future Initiative builds on Google’s work in Australia over the last two decades. Back in 2002, we started the Google Australia team in a lounge room, with just one employee. Two decades later, it has grown to almost 2,000 staff, including more than 700 engineers – with offices in Sydney and Melbourne, including a new, expanded office space in Pyrmont. To watch a video, click here.

As part of its overall commitment, Google is investing in a multi-million dollar partnership with Australia’s national science agency, CSIRO, to tackle challenges like natural hazard management, energy and protecting the Great Barrier Reef.

It is exploring AI solutions to help CSIRO analyse underwater images of crown-of-thorn starfish (COTS) – a species that feeds on coral and is threatening the reef. While traditional reef surveys have been manual, with a diver towed behind a boat, AI technology will allow scientists to conduct more efficient, frequent and accurate monitoring of the reef.

"We’ll also be deepening our investment in quantum computing research with Macquarie University. This research has a range of future applications such as designing more efficient batteries, and will allow us to explore scientific discoveries that were previously out of reach," it said.

Across Asia Pacific, countries are looking to step up their digital capabilities. Thailand believes its digital economy can reach 30% of its GDP by 2030 or even earlier.

The recent Powering Digital Thailand 2022: Huawei Cloud & Connect and Asia Pacific Innovation event focused on business cases and solutions related to digital transformation, including how to develop a green, low-carbon, and open ecosystem, which is split across three areas.

The first is 'Redefine Infrastructure', which showcases how 5G, cloud, and AI technologies can converge across all industries to unleash new value. The second looked at 'Industry Digital Transformation', including Smart Transportation, Smart Campus, and Smart Finance, and the third outlined major global partners and businesses that are collaborating with Huawei to build an ecosystem for the Intelligent Era.

However Korn Ferry research finds that Asia Pacific is facing an imminent labour shortage of 47 million people by 2030 and an annual opportunity cost of US$4.238 trillion. According to PwC's 20th CEO Survey, more than 50% of APAC CEOs say it's difficult to hire digital talent with the right skills.