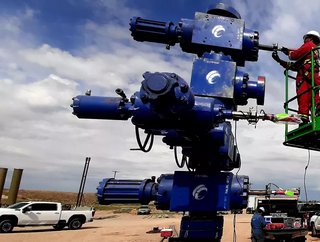 Cold Bore Technology has closed $14M in growth financing in a round that was led by bp ventures with participation from the Canadian Business Growth Fund (CBGF).

Cold Bore is leading a shift in the completions (fracking) industry towards safer, more autonomous operations by providing oil & gas companies with SmartPAD, a centralised fully integrated software and hardware platform designed to collect, analyse, and report data. Better utilisation of this data unlocks operators’ ability to make improvements across all KPIs.

Results from a recent SmartPAD implementation with Hibernia Resources, saw the Permian-based producer able to reduce the duration of their completions program by 15 days (27%), with commensurate reductions in cost and emissions.

Along with this investment from bp ventures, bp will be deploying Cold Bore’s SmartPAD in bpx energy’s US onshore operations. The technology will support bpx’s efforts to continuously improve its operations.

“The oil & gas industry has realised that technological innovation is key to meeting growing calls for reduced emissions and improved returns. Cold Bore is proud to be playing a leadership role in the future of oil & gas operations.” said Brett Chell, Co-founder & President at Cold Bore Technology.

“As we scale to meet incredible demand, we’re excited to have a strong strategic partner in bp, a forward-thinking international energy company, and to play a part in helping bp reach its carbon and operational targets. The future of the oil & gas industry is autonomous operations."

Another company in the spotlight last week was Soltage, a leading independent renewable power producer, which has raised a $130M debt facility led by Silicon Valley Bank. The investment will finance a 110MW national portfolio of projects across North Carolina, South Carolina, Maine, Illinois, Virginia and Maryland.

The construction of this portfolio will be staged over the next three quarters, with construction currently underway on ten projects across four states. Customers purchasing electricity from the projects financed through this debt vehicle include Investor Owned Utilities buying power under Public Utility Regulatory Policies Act (PURPA) contracts, community solar subscribers and corporations purchasing power from the portfolio to meet clean energy goals and lower energy costs.

Silicon Valley Bank is the Sole Coordinating Lead Arranger of the debt facility with three other banks included as lenders. This facility includes an optional $100M expansion feature to finance additional projects beyond the current set of identified projects. This announcement marks the latest development for the Soltage Iris capital vehicle, following Soltage and Harrison Street's $250M commitment in March to deliver 450MW of new solar, solar+storage and standalone storage development across the US.

"We are at a critical point where funding domestic infrastructure to bring more clean energy online in the United States is of the utmost importance," said Bret Turner, Market Manager at Silicon Valley Bank. "Our team is proud to work with Soltage to support building these essential zero carbon energy projects in key locations across the country."

This announcement is part of a continued movement of mainstream investors looking to solar and other renewable infrastructure assets for long-term investment opportunities. Soltage has deployed over $1B into clean energy assets across the US since its founding in 2005.

SVOLT Energy Technology Co., a leading EV battery manufacturer, held a B Round Financing Transaction Ceremony in Changzhou, Jiangsu on July 28. Following the completion of A Round Financing of RMB 3.5 billion ($538 million) at the end of February, the company rapidly closed this third round of market-based equity funding, raising a total amount of RMB 10.28 billion ($1.58 billion).