Ford and Vodafone unlock the potential of 5G EV production 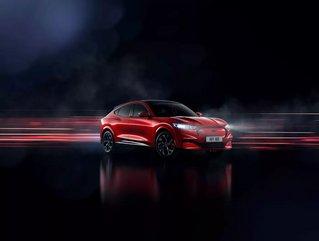 Ford announced that it has received government backing, along with its partners, to introduce 5G networks to its car manufacturing...

Ford announced that it has received government backing, along with its partners, to introduce 5G networks to its car manufacturing.

Oliver Dowden, Secretary of State for Digital, Culture, Media and Sport, has said that £65mn will be pledged to nine consortia in order to explore the transformative benefits of the new network technology.

“We’re determined to harness this revolutionary technology to boost the productivity and growth of UK industries,” he stated.

“We want Britain to be a world leader in 5G and since 2017 the government has invested millions in ground-breaking testbeds and trials across the country to achieve this.”

Accordingly, a 5G network delivered by Vodafone is scheduled to be installed at Ford’s E:PriME (Electrified Powertrain in Manufacturing Engineering) plant in Dunton, Essex.

In addition to unlocking exponentially faster network speeds, Vodafone promises to resolve many of the enduring issues surrounding the employment of 5G in industrial settings, such as delays, narrow bandwidth, reliability and deployment time.

The advantages of a properly integrated site would be a truly next-gen manufacturing cycle: real-time control, data analysis and remote expert support.

Of particular interest to Ford is 5G’s applicability to its welding machines in the creation of critical EV components - the motor and the batteries. Estimating that a single set of these components would take approximately 1,000 welds, the company is conscious of the millions of pieces of data that would be required.

Chris White, Ford’s 5GEM project lead, stated that the upfront investment for the transformation would be expensive, yet the ROI could prove more than worth it.

“5G presents the opportunity to transform the speed of launch and flexibility of present manufacturing facilities, moving us towards tomorrow’s plants connected to remote expert support and artificial intelligence.”

Additionally, Vinod Kumar, CEO of Vodafone Business, added that 5G presented organisations with the opportunity to drastically reimagine business as we know it:

“5G mobile private networks act as a springboard for organisations, allowing them to rethink the way they do business.

“In this case, MPN (mobile private network) technology makes the factory of the future possible. It allows machines and computing power to coordinate in real-time, improving precision, efficiency and safety. We’re excited to help Ford plan for the future of its business.”