Keeping the grid stable during lockdown 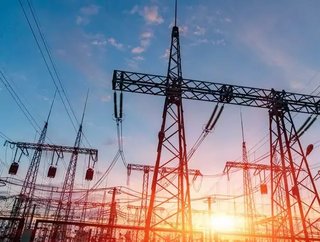 The UK lockdown has caused drastic changes to our everyday lives, from the way in which we shop, work and even how we consume electricity. Many had pre...

The UK lockdown has caused drastic changes to our everyday lives, from the way in which we shop, work and even how we consume electricity.

Many had predicted a rise in energy consumption due to lockdown regulations causing a vast increase in home workers that are consuming separate energy in their homes, compared to a shared office. However recent figures released by the National Grid demonstrate that daily electricity demand in Britain is around 10% lower and peak demand is down by 18% compared to pre-lockdown. They have associated this drop in demand with the complete halt in production from industrial consumers, such as non-essential manufacturers.

Alongside this, the peak demand times have altered significantly. Peaks in the morning were normally in correlation with people getting up ready for work, but with a predominant home-based workforce, this peak has moved to much later in the day.

Many may assume that a lower demand would be better for the grid, but it is just as important to monitor lower demand as it is to monitor peaks. A high level of power generation and low demand could overload local energy grids and reduce the energy systems’ resilience to sudden chances in frequency, causing blackouts. So, stabilising the grid is more vital than ever.

Battery storage is an integral part of stabilising supply. Batteries are able to store additional generation during lower demand and release at peak times. They are extremely flexible, providing fast-acting supply and demand balance to the network, which is critical to maintaining consistent frequency for grid stability. With such drastic changes to peak demand times and consumption dropping below baseload, it is important for the grid to rely on agile technology like batteries to avoid any dips in voltage and subsequent blackouts.

Over the years, the UK’s power generation mix has become increasingly reliant on renewable sources. According to Wärtsilä Energy Transition Lab, between 10 March and 10 April 2020, renewables delivered almost half (46%) of generation – an increase of 8% compared to 2019. But due to the intermittent nature of renewables, they bring with them volatility. Their supply is highly dependent on environmental factors.

This why it is integral for wind farms and solar fields to integrate IoT and battery storage to create a more consistent supply of energy. IoT already plays a major role in wind farms and solar fields to enable efficiency and automation. IoT helps connect various elements of power production and consumption to gain visibility and ultimately control over energy flow. Sensor-based technology can look into weather conditions and asset health, each of which can optimise energy generation. For example, IoT sensors can monitor the health of a wind turbine and highlight when issues occur so engineers can conduct predictive maintenance to keep them operating efficiently and ensure they are consistently producing sufficient energy levels.

IoT can allow for greater flexibility and help the grid cope with the changes in fluctuations. The automation aspect of IoT means windfarms can be powered down quickly to avoid overwhelming the grid, unlike nuclear power reactors that can take hours to shut down safely, forcing the grid into emergency procedures. So, when generation is superseding demand, the supply can automatically be powered down or placed onto an off-grid situation to protect the grid from an overflow.

Utilising cutting-edge technology like virtual batteries and IoT can create a more fluid energy generation system that is highly reactive and most importantly more resilient. With drastic changes to energy consumption and unpredictable times ahead, it is integral to use innovative solutions that will ultimately keep the country running.