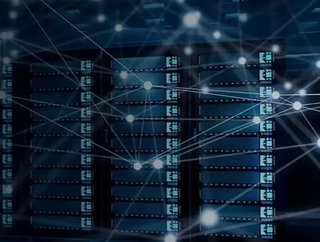 Scala Data Centers is pledging to provide its Brazil customers with 100% renewable energy by 2033.

The strategic goal follows the signing of a Power Purchase Agreement (PPA) with ENGIE Brasil Energia, the Brazilian's largest private energy producer. The contract guarantees the supply of more than 1,600 GWh of clean energy in 12 years, a volume sufficient to supply, for one year, a city of around 700,000 people.

Marcos Peigo, co-founder and CEO of Scala, said the agreement with ENGIE reinforces the company's non-negotiable commitment to base its operational growth on fully sustainable premises. "We focus on strategic partnerships that can scale and maintain our operation with the lowest possible environmental impact, without giving up the high quality and competitiveness that are recognised differentials of our company", the executive said.

Eduardo Sattamini, CEO of ENGIE Brasil Energia, added that offering solutions to decarbonise its customers' operations is in line with ENGIE's purpose of acting to accelerate the energy transition towards a carbon neutral society. "Our partnership with Scala demonstrates the importance of sustainability as an added value for business prosperity, in harmony with the future of people and the planet" he said.

Data from the International Energy Agency (IEA) state that, in the last five years, 50% of the PPAs contracted around the world came from leading global technology companies.

Peigo hopes that its "leading role" can inspire other Latin American companies to follow the same path.

In regards to the UN’s 7th Sustainable Development Goal (Ensure access to affordable, reliable, sustainable and modern energy for all), Brazil’s energy policies have been very effective in meeting world’s most urgent energy challenges, according to Climate Scorecard.

Firstly, access to electricity across the country is almost universal and the electricity sector is the largest in South America. The power sector in Brazil serves more than 50 million customers, granting 97% of the country’s households’ reliable electricity.

Renewables compose almost 45% of Brazil’s primary energy demand, making it one of the least carbon-intensive globally, and its national grid is made up of almost 80% from renewable sources. A large part of its renewable resources come from biofuels and hydro. "The adoption of renewables is becoming a staple of good corporate responsibility and we at Atlas offer a unique opportunity for large energy consumers to clean their energy matrix and at the same time be sponsors of the social and environmental programs we develop to uplift the communities where we operate," said Luis Pita, General Manager of Atlas Renewable Energy for Brazil.

Mauricio Russomanno, CEO at Unipar, added that the total amount of generated energy destined to Unipar will be enough to produce chlorine for water treatment to over 60 million people.