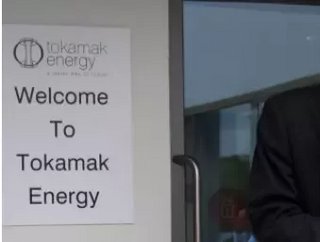 Tokamak Energy plans to double its workforce as well as the size of its UK facility, delivering a significant boost for UK fusion development and commercialisation.

More than 160 highly skilled roles for scientists and engineers will be created at the company's headquarters at the Milton Park scientific hub near Oxford, during the next three years.

This year, the company, through its ST-40 spherical tokamak, is planning to be the first company to achieve 100 million degrees Celsius temperature in a stable plasma, an essential cornerstone for economic fusion energy.

Chris Kelsall, CEO of Tokamak Energy said it has the most advanced spherical tokamak and a global leader in HTS magnets. "We already combine world leading scientific, engineering, industrial and commercial capabilities under one roof. This expansion underpins our vision to pioneer commercial fusion energy, which is clean, economic and globally deployable. We will continue to attract the best talent here in the UK and globally, as we develop the fusion power plant of tomorrow, while commercialising the technology we have already developed."

The UK Government has already provided backing to the UK's efforts to deliver fusion through the ongoing STEP programme and has provided Tokamak Energy with £10m as part of its Advanced Modular Reactor (AMR) programme.

The UK aims to become a global centre for the development of fusion, a new source of limitless clean, carbon free, safe and secure energy that will be essential for deep decarbonisation well before 2050.

Fifteen sites are in the running to become the future home of the UK’s prototype fusion energy power plant – the Spherical Tokamak for Energy Production, or STEP.

STEP, set to be the UK’s prototype fusion plant, intends to pave the way for commercial fusion power. UKAEA is targeting initial concept designs by 2024 and  operations in the early 2040s.