Use technology and think local to balance grid urges report 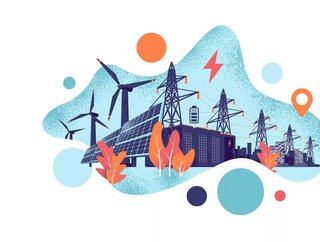 Echoing a Policy Exchange paper earlier in the year, an ING report highlights the importance of local power pricing

An effective technology-based method of incentivising consumers to charge their cars when it's windy or sunny locally may offer a helpful way of balancing the electricity network, according to a new ING report.

ING’s Developed Markets Economist James Smith and Senior Economist Gerben Hieminga have analysed the UK power price spike and what it may mean for the UK’s take-up of net zero electricity.

Echoing a Policy Exchange paper earlier in the year, the report highlights the importance of local power pricing.

"After all, rapidly rising sales of electric cars effectively provides the grid with a network of batteries across the country, and an opportunity to balance local grids," it states.

While the cost of wind and solar has fallen dramatically, it’s been replaced by other costs to account for the increased volatility that both renewables bring. Just over a third (35%) of the UK’s wind power is generated in Scotland, and there’s only so much grid capacity to move that electricity around the wider UK when supply exceeds Scotland's local demand, it notes. The events of recent weeks are a reminder that price volatility "is going to remain a common feature" as the UK transitions to zero-carbon electricity, particularly from wind and solar, the report adds. July had the lowest monthly wind speeds this century.

"The good news, for now, is that the arrival of autumnal weather appears to be heralding the return of stronger winds," it adds. "But a key lesson of the past few weeks is that the UK’s progress on decommissioning coal power, while clearly a long-term success, has also left the UK with fewer ways to substitute for poor wind and solar generation."

As in many other countries, the compromise of quick hydrogen deployment may well be that "not all of it is generated with green renewables". The alternative - so-called ‘blue hydrogen’ - is produced from gas, with the resulting emissions captured and stored.

It warns that the current phase is unlikely to be the last time that power prices spike on unseasonal weather or volatility in gas supply – and both hold the key to how serious the situation becomes this winter.

"Cost of living spikes will be a recurring risk – though it goes without saying that the longer term impact of not taking action would be much greater than the near-term costs of the energy transition."

National Grid Electricity Transmission (NGET) has partnered with the Met Office on an innovative weather data project to help expand capacity on the electricity transmission network for wind and solar power.

The partnership aims to explore the value that can be derived from using higher specification weather forecasts to boost capacity on the electricity overhead transmission power lines, allowing more renewable energy to flow.

Currently, the electricity transmission system is limited by the individual power rating or capacity of the circuits connecting everyone across the country and, with the growth in renewable electricity generation, power flows across the existing grid infrastructure are changing, particularly at peak periods.

Historically, standard assumptions made for weather conditions have been conservative, therefore assets have operated at ratings lower than the actual capacity.