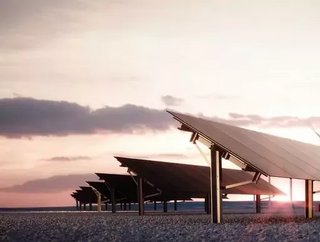 Energy Digital investigates the concept of VPPs, and how they are revolutionising energy by providing a wealth of benefits to operators and consumers...

A truly exciting development for the energy sector in the digital era, virtual power plants (VPPs) are complex, decentralised, interconnected networks of power generating assets unified at a central point. Primarily created from renewable power sources, such as wind turbines, solar photovoltaic (PV) parks, hydroelectric generators and combined heat and power units (CHPs), VPPs truly capture the modern race for cleaner sources of energy by making their widespread adoption more feasible than ever. A relatively new concept, it is no coincidence that the emergence of VPPs coincided with the availability and sophistication of modern cloud platforms.

Prior to the creation of VPPs, a burning question for the industry was how best to use renewable energy sources and support existing grid infrastructure. However, by linking assets into a unified network, operators now have the ability to closely monitor, analyse, predict and plan consumption in a manner that minimises excess generation and carefully meets energy requirements. The data used by operators can include weather information, equipment status monitoring, the angle of PV modules and more. Combined with battery storage units, energy bottlenecks - where a surplus of energy creates unused waste power - can be diffused, with the excess being used during peak hours to maintain a consistent service later.

As cloud and other technologies associated with VPPs (data analytics, IoT, 5G networks, etc) continue to improve, it is likely that the market demand will follow close behind. Valued at USD$1.3bn in 2019, that figure is estimated to grow 354% to $5.9bn by 2027 according to Allied Market Research. Therefore, it is safe to assume that the most exciting iterations of the VPP are still to come.

In its insight article ‘Decarbonising the grid: Stabilizing the future of renewables’, McKinsey emphasises VPPs, amongst other aspects of digital energy, as a valuable resource for unlocking the latent potential of inefficient grids: “VPPs are at the forefront of the flexibility landscape.”

The company states that entities such as German operator Next Kraftwerke (NK) have been able “to balance the intermittency of large-scale renewables with the flexibility of distributed energy assets, such as onsite generation, and load resources, such as large commercial and industrial facilities.”

Indeed, according to NK’s founders and CEOs, Hendrik Sämisch and Jochen Schwill, VPPs could be an indispensable asset in the battle to meet countries’ ever-growing energy requirements. Operating one of the largest VPPs in Europe, NK has a networked capacity of 7,142 MW, comprising wind, solar and biogas assets. “By harnessing the possibilities of digitalisation, we network thousands of power producers, consumers, and storage assets and put them on the markets with help from our power traders,” they say on their website. “We are certain that the demand for power in Germany can be completely covered with renewable energies by 2050.” 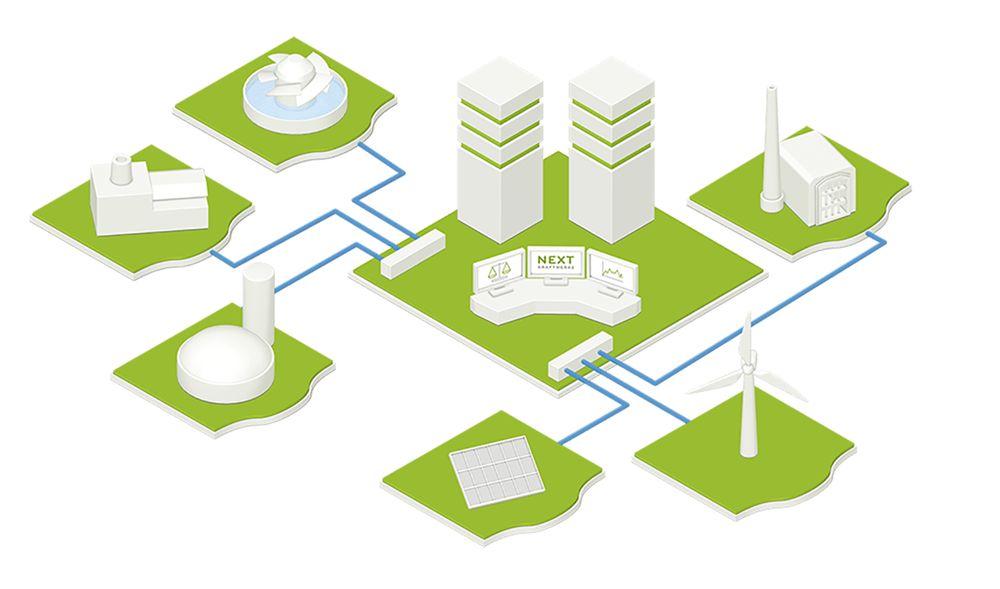 Accelerating the uptake of renewable energy

The advancement of battery storage units in tandem with VPPs has provided the impetus for an entirely new concept in energy: the customer as consumer and contributor, rather than merely the former. McKinsey notes in ‘Why the future of commercial battery storage is bright’ that there are two noteworthy benefits to VPPs made of storage units: “One is encouraging the use of solar by allowing its energy to be stored during the day and then released at night; another is back-up reliability and resilience.” Moreover, the aggregated solar units on customers’ homes could be used to sell energy back to the grid.

Indeed, this is exactly what German energy specialist sonnen offers: using its sonnenBatterie and ecoLinx products in conjunction with a PV installation, customers are able to satisfy as much as 75% of their annual electricity needs. From these high-tech examples of smart equipment, the company is able to transform its swathes of batteries into a manageable, sustainable and revenue-generating VPP. Now with a presence in Europe, the US and Australia, the company has begun several projects to explore the VPP concept on a community-wide scale, such as those in Utah, Arizona, Florida and Illinois.

The newest of these - the Soleil Lofts apartment complex in Utah - was a partnership between sonnen, the Wasatch Group and Rocky Mountain Power. Featuring 600 ecoLinx batteries and PV setup capable of generating 12.6 MW of power, the VPP enabled Rocky Mountain Power to effectively manage energy during peak use, provide a reliable backup electricity supply and help the utility balance the overall usage of the grid.

“The combination of solar and long-lasting, safe, intelligent energy storage managed by the local utility is an essential component to the clean energy grid of the future. The solar industry should find inspiration in this extraordinary project, as it provides a blueprint for the future of grid optimized battery storage,” commented Blake Richetta, Chairman of sonnen Inc. 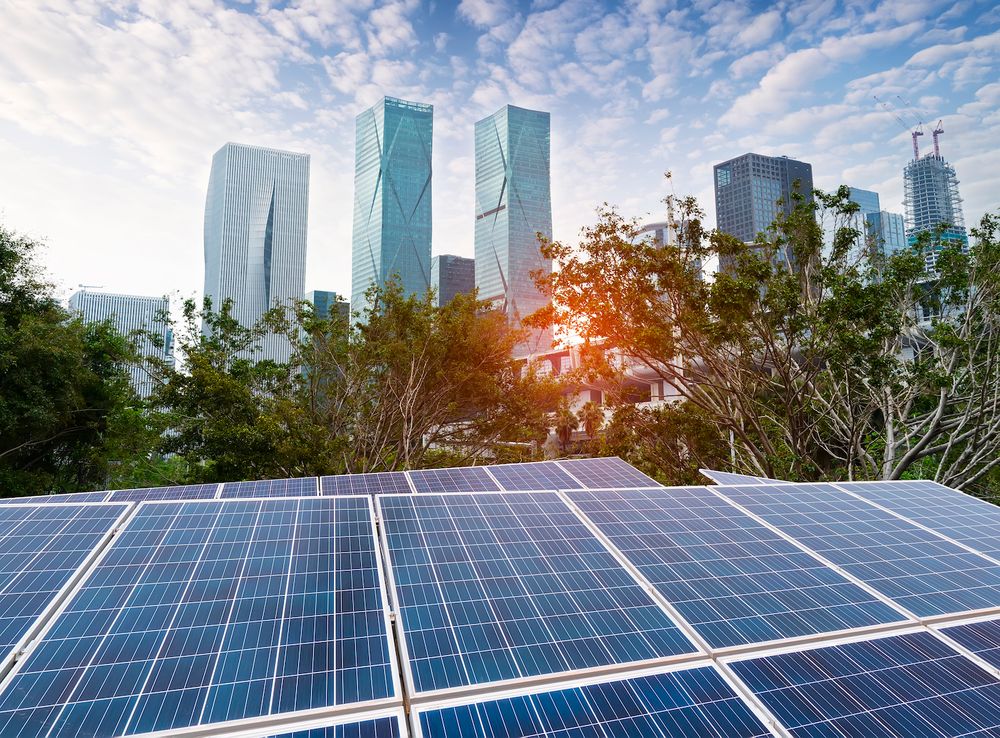 Enabling the next generation of smart homes, towns and cities

More than simply being restricted to small communities or individual households, VPPs have the potential to cause a paradigm shift in the way power is generated in smart cities. The same fundamental tech enablers found in common smart infrastructure is similar to VPPs: IoT equipment collecting and transmitting data to a centralised point (cloud), which is then optimised via artificial intelligence (AI) or machine learning (ML) computer algorithms.

The scalability of the VPP concept is being investigated by renowned innovator Tesla, which is currently in the process of building the largest example attempted so far, involving 50,000 average homes fitted with solar PVs, smart meters and Tesla Powerwall storage batteries.

Taking note of the less than desirable efficiency of the Australian grid and the country’s geographic, and meteorological advantages (there are practically no cities which receive less than 200 days of sunshine), Elon Musk stated in an interview with 60 Minutes that “Australia’s really perfect for solar power because it’s not too far north or too far south. You could have the entire country be solar power or some combination of wind, solar, geothermal, hydro…” The country’s suitability for an effective VPP established, Tesla soon began devising its approach.

Currently under development in South Australia with cooperation from the government, phases I and II of the trials - 1,100 households - has realised 2% of Tesla’s ambition and seeks to make evident the benefits of VPPs, namely:

The installed solar PVs and Powerwalls are then group connected to Telsa Powerpacks: cutting-edge, scalable units with an energy capacity of 232 kWh each - thus forming the VPP. Unused electricity from the Powerpacks can then be sold to utility companies on home-owners’ behalf for cash when the grid requires it. Therefore, all participants can simultaneously satisfy their electricity requirements and generate additional income through clean, renewable energy. Moreover, all participating homes, the government’s website states, will receive an exclusive deal on their energy bill “which is more than 20% cheaper than the standard electricity price (known as the Default Market Offer) in South Australia.”

Subject to the trial’s analysis and success - Phase II was completed in late 2019 - Tesla’s VPP solution will be rolled out to the remaining 49,000 properties. With initial reports indicating a positive result, the approximately AU$800mn Phase III is likely to commence once private investors see the VPP’s value.

With energy consumption becoming an ever greater challenge in a progressively more electric world, the SA VPP has the potential to become an ideal prototype of urban power generation. Providing a way for authorities to meet difficult environmental targets, for consumers to save and make money, and enabling the swifter conversion to cleaner energy sources which can empower local communities, it is safe to say that VPPs will play an important role in the digital era.