5 new advancements in AUV technology for oil and gas 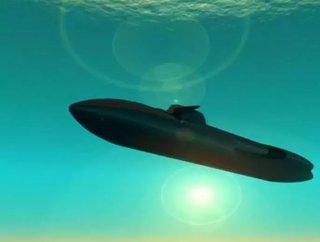 The oil and gas industry was introduced to autonomous underwater vehicles about 10 years ago for use in mapping out the details of the seafloor pri...


The oil and gas industry was introduced to autonomous underwater vehicles about 10 years ago for use in mapping out the details of the seafloor prior to constructing subsea infrastructure. AUVs are constantly being developed for more uses, with increasingly advanced technological capabilities.

AUVS FOR MAPPING THE OCEAN FLOOR
C & C Technologies created the first ever commercially operated AUV for oil and gas exploration. This company caters to a global market and focuses on technological solutions for surveying and mapping. C & C claims to have set the standard as far as deepwater AUV capabilities. The Company has more than 180,000 kilometers of survey experience for more than 62 clients. Data is captured and processed onboard the AUV, and the charts are transferred via satellite to a website—this ensures oil and gas clients gain access to data virtually immediately.

A press release issued by C & C stated: “[The AUV] could help oil companies save a great deal of time and money when conducting ocean-bottom surveys of the sort that precede the construction of oil and natural gas pipelines. Moreover, it could scan the sea floor at much greater depths than previously thought possible.”

Before the development of AUVs, oil and gas companies used a towing method, in which equipment is tethered to a cable and dropped into the water from a boat, which then moves around, ‘towing’ the equipment. A downside to this method is that as the water becomes deeper, the images appear less sharp. In addition, this method can be time consuming and is often disrupted or halted completely when the sea becomes rough. Another drawback is that the cables can become tangled, altering the surveys and affecting accuracy.

Autonomous underwater vehicles require no cables as the machines are operated by a remote control. The AUVs can survey for up to two days straight since the operators remain on the ground. Operating power comes from a fuel cell battery. Nowadays, highly advanced equipment can be secured aboard the AUV for ultra-clear snapshots of the sea floor. The vehicles can also work in deeper waters than the traditional towing method.

AUV technology has been well-received by oil and gas companies. In 2009, Brazilian oil and gas company, Petrobas, awarded C & C Technologies with a $5 million contract. The C-Surveyor II AUV and M/V Northern Resolution are being utilized by Petrobas under the two year contract.

AUVS OPERATING LONGER
The world of AUVs is continuously growing and changing as technologies advance to further meet exploration needs. The Swimmer system developed by Cybernetix is an electric-powered hybrid of an autonomous underwater vehicle and a remotely operated vehicle (ROV). A subsea “docking station” essentially allows the vehicle to stay underwater for lengthy periods of time, and is attached to a facility on the surface by a power and control ‘umbilical.’ This tool was developed collaboratively with oil companies, Total and StatoilHydro.

AUVS INSPECTING AND REPAIRING INFRASTRUCTURE
Last year the software company SeeByte, working along with Subsea 7, developed: “the first truly autonomous vehicle capable of both inspection and light intervention in an offshore environment.” This prototype was supported by BP and Chevron, and will be capable of inspecting pipelines, risers and mooring, as well as giving a general visual inspection.

AUVS WITH AUTOMATED GUIDANCE SYSTEM
SeeByte also developed Autotracker—a software system in which an AUV can find pipes for inspections by utilizing data from sonar. “Autotracker, which hit the market last year, guides the AUV to keep a constant offset to the pipeline in order to store high quality information. From the start, one of our missions has been to improve AUVs so that they could start doing things that ROVs are used for,” said sales and marketing manager Ioseba Tena.

POWER BY RENEWABLE ENERGY
A more recent advancement is the introduction of the first robotic underwater vehicle powered 100 percent by natural, renewable ocean-thermal energy. NASA, the U.S. Navy and researchers from Scripps Institution of Oceanography at UC San Diego developed the Sounding Oceanographic Lagrangrian Observer Thermal RECharging (SOLO-TREC), an AUV with a novel thermal recharging engine that can be powered by different temperatures at various ocean depths.

"Energy harvesting from the natural environment opens the door for a tremendous expansion in the use of autonomous systems for naval and civilian applications," said Thomas Swean, the Office of Naval Research program manager for SOLO-TREC. “This is a very significant advance."
AUVs have been in existence for some time, although they have not always been recognized for what they are today. For roughly 50 years, these underwater “robots” have evolved their original use in military applications or ocean science research. Today, these highly advanced systems deliver detailed insight into the underwater world for oil and gas companies.